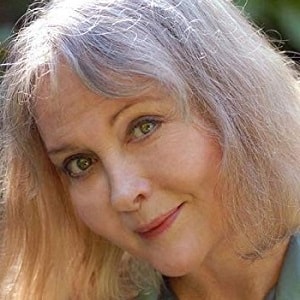 Anjanette Comer is currently single. Previously, she was married to a screenwriter, Robert Klane on September 4, 1976. But, after 6 years of marriage life, the duo decided to get separated and their divorce was finalized on October 24, 1983.

Also, she was married to Walter Koenig but they also divorced each other. Currently, she is not linked to anyone, and maybe, she is enjoying her life being single.

Also, even if she is in a relationship, there is no information about the affair.

Who is Anjanette Comer?

She was born on August 7, 1939, in Dawson, Texas, USA. She is currently 81 years old. Her father’s name is Rufus Franklin and her mother’s name is Nola Comer.

There is no information available regarding her siblings and her childhood.

Comer holds American citizenship but her ethnicity is unknown.

Talking about Comer’s education, she attended Dawson High School. Also, she attended Baylor University in Waco, Texas for a short period before moving to California at the age of 18.

Anjanette Comer took the experience of acting at the Pasadena Playhouse. She debuted her career playing the character Janie Stempel in the series ‘My Three Sons’ in1962. After a year, she appeared as Annabelle in ‘Arresr and Trial’ and in ‘Ben Casey’.

Her first major television role is of Cara Miles in the series ‘Gunsmoke’ in 1963 and later appeared in the series like ‘Dr. Kildare’, and ‘Bonanza’. She debuted her feature film from the comedy ‘Quick Before It Melts’ in 1964. Then, she appeared in ‘Funeral In Berlin’ opposite Michael Caine but got replaced due to illness. She played as a Mexican peasant girl in the Western adventure ‘The Appaloosa’ in 1966.

After appearing in the film version of John Updike’s ‘Rabbit, Run’ in 1970, she took a break from her career and later claimed that her love life affected her career progress in the 1970s. Then, she returned to the film likes ‘Fire Sale’ in 1977, ‘Profiler’ in 1999, etc.

The 79 years old actress has not revealed any data about her net worth, salary, and income.

She was offered to star in ‘Barefoot In The Park’ alongside Robert Redford, but she did not take the role because she had fallen in love with a man who did not want her to work in the entertainment industry.

And she told in an interview, “I had this very important relationship with a man, an actor, who didn’t want me to work in movies”.

Anjanette Comer has a height of 5 ft 6 inches plus light brown hair and green eyes. Other information regarding Comer’s weight, body measurement, etc. are not available.

To know more about Jake Short, Johann Urb, and Joy Bryant, please click on the link.