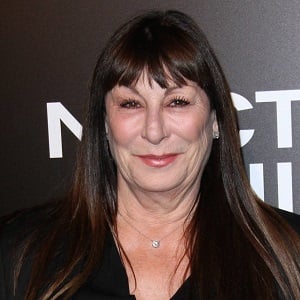 Age is not enviable in America. It's not applauded all that strongly. You have to take it all with a grain of salt.

I like to dance. I probably would have been a dancer. I love music, it's good for the soul and dancing is good for people. I dance on my own, I go to classes, I have that sort of energy. I need to dance. People only need to dance to make them feel happy.

I can't help feeling the world is on this terrible roller coaster where nobody can get it up since the atom bomb.

Of course, drugs were fun. And that's what's so stupid about anti-drug campaigns - they don't admit that.

I was never happily hedonistic. There's no hedonism without a downside.

I think I'm basically a gypsy. You know, from modeling.

What is the relationship of Anjelica Huston?

Anjelica Huston previously dated photographer Bob Richardson, who was 23 years her senior for four years from 1969 to 1973. Next, she had a relationship with actor Jack Nicholson. They were together from 1973 to January 1990.

Furthermore, Huston also had a relationship with American actor Ryan O’Neal from 1978 to 1979. She eventually married sculptor Robert Graham on May 23, 1992, and the couple was together until Graham’s death on December 27, 2008.

Huston does not have children from any of her relationships.

Who is Anjelica Huston?

Anjelica Huston is an Academy Award-winning American actress, director, and former fashion model. People mostly recognize her for her roles in movies like ‘Prizzi’s Honor’, ‘Enemies, A Love Story, and ‘The Grifters’.

Huston was born in Santa Monica, California on July 8, 1951, to parents John Huston and Enrica Soma. Her father was a director and actor and her mother was a prima ballerina and model. Additionally, she has an older brother, Tony, and a younger maternal half-sister named Allegra.

In addition, she also has a younger paternal half-brother, Danny Huston who is an actor, and an adopted older brother, Pablo. Throughout most of her childhood years, she grew up near Craughwell, County Galway.

She is of American nationality. Furthermore, she belongs to a mixed ethnic background of English, Scottish, Scots-Irish/Northern Irish, German, Portuguese, and Italian.

Anjelica Huston initially made her debut with a small role in the 1967 film ‘Casino Royale’. Additionally, in 1969, she appeared as Claudia in the movie ‘A Walk with Love and Death’. Later in 1969, she was cast as a court lady in the movie ‘Hamlet’.

In addition, in 1982, Huston appeared in ‘Frances’, and ‘The Comic Book Kids’. Additionally, she portrayed the role of Maida in ‘The Ice Pirates’ and Marguerite / Primrose in ‘Faerie Tale Theatre’. Since then, she has appeared in numerous other movies and television series. All in all, she has over 90 credits as an actress.

Some other movies and television series that Huston has appeared in are ‘Trollhunters: Tales of Arcadia’, ‘All Hail King Julien’, ‘The Watcher in the Woods, ‘Trouble’, ‘Transparent’, ‘The Cleanse’, ‘Smash’, ‘The Big Year’, ‘Horrid Henry: The Movie’, ‘When in Rome’, ‘Medium’, ‘Spirit of the Forest’, ‘Martian Child’, ‘Material Girls’, ‘Art School Confidential, ‘Blood Work’, and ‘Agnes Browne’ among others.

Additionally, she also has 4 credits as a director and 3 credits as a producer to date. Huston modeled for several years before pursuing her career in acting. Furthermore, she is also a PETA activist, and hence for her work, the animal rights organization named her their Person of the Year 2012.

Huston won the prestigious Academy Award in 1986 for her performance in ‘Prizzi’s Honor’. Additionally, she has also received the other two Oscar Award nominations in the years 1990 and 1991.

In addition, Huston has also won the Golden Globe Award, American Television Award, Blockbuster Entertainment Award, and BSFC Award. All in all, she has 38 wins and 60 nominations to her name.

What is the net worth of Anjelica Huston?

Huston has not revealed her current salary. However, she has an estimated net worth of around $50 million at present.

Huston’s relationship with actor Jack Nicholson was controversial in many ways. She accused Jack of being a womanizer in her book.

Additionally, her directional debut of ‘Bastard Out of Carolina’ was also involved in several controversies and criticisms due to the movies’ subject matter. At present, there are no rumors concerning Huston and her career.

Also get to know more about Michelle Phillips, Chris Brown, and Drake.