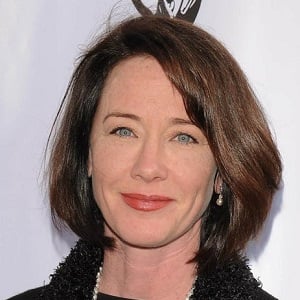 Ann Cusack has not revealed much regarding her personal life. There are no records available about her past relationships.

Who is Ann Cusack?

Ann Cusack is an American actress. People know her for her roles in television series including ‘One Tree Hill’, ‘Grey’s Anatomy’, ‘Ghost Whisperer’, ‘Boston Legal’, ‘Criminal Minds’, and ‘Better Call Saul’ among others.

Cusack was born in Brooklyn, New York City, New York on May 22, 1961. She was born to parents Ann Paula “Nancy” and Dick Cusack.

Her father was an actor, producer, and writer while her mother is a former mathematics teacher and political activist. Throughout her childhood years, Ann grew up in Evanston, Illinois.

Additionally, she has two sisters: Joan, Susie, and two brothers: John, Bill. Cusack became interested in the world of acting since her childhood years. She is of American nationality. Furthermore, she belongs to the Irish ethnic background.

Talking about her education, Cusack attended the Piven Theatre Workshop. In addition, she was also enrolled at the Berklee College of Music in Boston, Massachusetts.

Ann Cusack initially starred in her first film role in 1992’s ‘A League of Their Own.’ Additionally, in the same year, she had roles in ‘Overexposed’ and ‘The Jackie Thomas Show.’ In 1993, she appeared as Katherine in the TV series ‘Love & War.’

In the same year, she also appeared in ‘Malice’ and ‘Victim of Love: The Shannon Mohr Story.’ Since then, she has appeared in numerous other movies and television series. All in all, she has over 80 credits as an actress.

She won the Commitment to Chicago Award (Chicago Film Critics Association Awards) in 2000.

Cusack has not revealed her current salary. However, she has an estimated net worth of around $ 20 million at present.

Although Cusack’s brother John has been part of several feuds over the years, Ann herself has not been part of any notable controversies in her career. At present, there are no rumors concerning Cusack and her career.

Talking about her body measurement, Ann Cusack has a height of 5 feet 8½ inches (1.74 m). Additionally, she weighs around 60 kg.

Actress Meredith Salenger: all her information here! Her Relationship status, Career, Net worth, salary and many more!