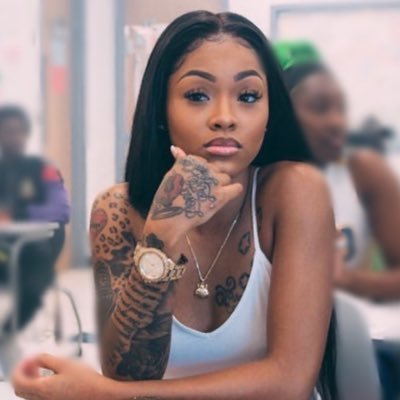 She is focusing on her singing career.

Who is Ann Marie Slater?

Ann Marie Slater is an American singer and songwriter. Ann’s latest releases are Different and Tell Me Lies.

Ann Marie Slater was born on November 20, 1995, in Chicago, Illinois, the United States. She is a Scorpio.

She launched a self-titled ‘YouTube’ channel in December 2014. The first video she uploaded on the channel was the freestyle video ‘Try Me.’ Ann would showcase her original songs on her ‘YouTube’ channel.

Some of the other videos on the channel that have garnered millions of views:

Ann released her first full-length album in April 2017. She was featured with American rapper, singer, and songwriter Lil Durk in her original track ‘Nobody.’

She released her second album, ‘Unfuckwitable.’ Of the eight tracks in the album, five are still unreleased.

All the tracks of the album are now available on ‘iTunes.’ Ann’s next album, ‘Tripolar,’ was released in April 2018. She collaborated with music artists Sonta, Vedo, and Hypno Carlito for the album.

She released her fourth album, ‘Tripolar 2,’ which she on January 9, 2019, featuring the artists CalBoy, Yung Bleu, and YK Osiris in the album.

She has dark hair and dark brown eyes.