Reason of being single!

Anna, who is 72 years old, does not have a husband. There is also no information regarding her previous relationship status available.

She has always kept her personal life private from the public, which is why her previous boyfriend’s information has yet to be revealed. She has always prioritized her profession and becoming a successful lady in the film business since she was a child. 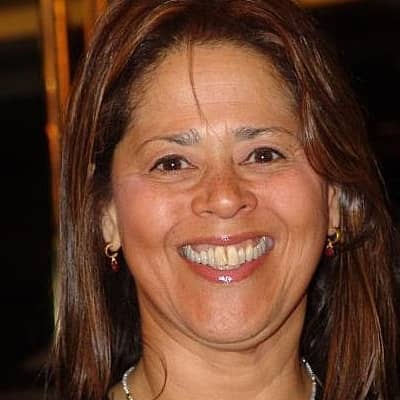 Who is Anna Deavere Smith?

Anna Deavere Smith is a well-known actress, playwright, and professor who is known for her role in Dr. Nancy McNally in The West Wing, in the Showtime series Nurse Jackie as Gloria Akalitus, and For the People as Tina Krissman. Anna was selected by National Endowment for the Humanities as the Jefferson Lecture in 2015.

Smith has also won Black Reel Award and Washington Dc Area Film Critics Association Awards. In 2022 Smith appeared in Inventing Anna as Maud. Smith is also the founding director of the Institute on the Arts and Civic Dialogue at New York University.

Anna was born to Anna Rosalind her mother who is an elementary school principal and her father Deaver Young Smith Jr who is a coffee merchant. She also has four siblings among whom she has only shared the name of Rosalind Allen.

Anna Deavere Smith began attending the school shortly after the city began merging public schools, and she attended both majority-black and majority-white schools during her elementary years. Smith is a graduate of the famous Western High School, an all-girls school.

Anna Deavere Smith previously attended Beaver College, which is now known as Arcadia University. She was one of seven African American women in her 1971 graduating class at that college. When Anna was in college, she began to recognize as Black. She eventually proceeded to the West Coast for graduate studies, earning an M.F.A in Acting from the American Conservatory Theater in San Francisco, California.

Anna Deavere Smith started her career by acting in a wide range of stage production like in an off-Broadway production of Shakespeare’s The Merry Wives of Windsor with Riverside Shakespeare Company.

She also acted in a show called Finding Your Roots. It was a bit difficult for her to get jobs as people were unable how to categorize her in terms of ethnicity for casting.

Anna is popular as a playwright and actress for documentary theatre style. She is also known as “Verbatim Theatre” in plays like Fires in the Mirror and Twilight: Los Angeles.

Some of the stage play of Anna Deavere Smith

Career in Films and television series

Anna Deavere Smith has acted in films such as Philadelphia and Dave in 1993, and The American President in 1995. In 2005, she starred in Rent, and in 2008, she starred in Racheal Getting Married.

Smith starred in the Showtime dark comedy Nurse Jackie in 2009, and in February 2014, she was cast in the HBO documentary series Masterclass.

Anna was featured as a guest on the PBS television show Finding Your Roots in 2015. She also co-starred in the film Can You Ever Forgive Me? alongside Melissa McCarthy and Fox Searchlight Pictures released this picture in theaters in 2018.

Her recent works as films were in 2021 in which he appeared in Flora & Ulysses as Dr. Meescham and Here Today as Dr.Vidor. Similarly, the 2022 television series she appeared in is Inventing Anna as Maud.

Some of Anna Deavere Smith’s films and Television series

As a Teacher and Author

Anna Deavere Smith is a well-known professor who teaches in the department of Arts & Public Policy at New York University’s Tisch School of the Arts. From 1990 to 2000, she was also a theatre professor at Stanford University and Carnegie Mellon University. She has also tutored at the NYU School of Law.

Talk to Me: Travels in Media and Politics, Letters to a Young Artist: Straight-up Advice on Making a Life in the Arts books has been published which is written by Anna Deavere Smith.

Anna Deavere Smith is an actor whose primary fortune comes from her career. from the source, there is information that her net worth is $4million as of 2022 which includes her assets, money, and income.

Although Anna’s whole net worth is available her salary and income per year are yet to be revealed.

Anna Deavere Smith is not a limelight person so she always prefers to keep her life secret from the media. she always stays away from controversy and rumors that’s why her name hasn’t been pop up in any scandals.

Anna Deavere Smith has a slim body type with a bodyweight of 65kg and height of 5 feet 4 inches. She has shared her waist size which is 28 inches and her hip size is 36 inches. Although there is information about hips and waist her breast size is not available. Anna usually wears the dress of 6 US having the outer appearance of dark brown hair and brown beautiful eyes.

Anna Deavere Smith is famous on social sites with thousands of fan following who love and supports her. Talking about her social website she is active on Instagram with 14k followers, on Twitter she is active since 2009 and has 30.9k followers with more than 6k tweets.

Similarly, Anna has a Facebook page called Anna Deavere Smith, which has 38k followers. She hasn’t been active on YouTube or TikTok. However, Anna recently announced that she will be conversing with Cornel West through live streaming, and she invited her friends and supporters to join her on Facebook and Instagram at 4:45 p.m. on November 21.