Anna Ford has been married twice in her life but both of her marriages did not work out. At first, she married Alan Bittles. They married in 1970. But it did not work out and resulted in divorce.

After that, she was engaged to Jon Snow who was her colleague at ITN. But their relationship did not move forward and they called off their engagement.

In 1981, she married the magazine editor & cartoonist Mark Boxer. With Mike, she had two daughters. Their daughters were Claire and Kate.

She became a widow after the death of Mark in 1988 due to a brain tumor. He died at their home in Brentford, Greater London. After that, she was engaged to Astronaut David Scott.

He was the seventh man to walk on the moon. They engaged in 2000. 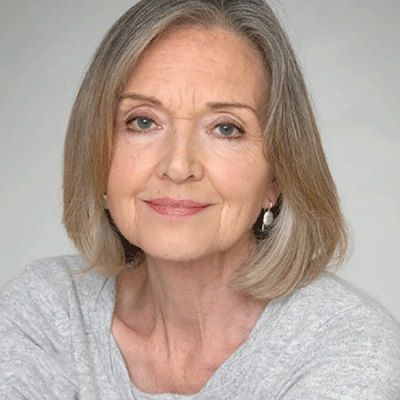 "I might have been shovelled off into News 24 to the sort of graveyard shift, and I wouldn't have wanted to do that because it wouldn't have interested me. I think when you reflect on the people who they're (the BBC) bringing in and they're all much younger. I think they are being brought in because they are younger. I think that's specifically one of the reasons why they're being employed."

Who is Anna Ford?

Anna Ford is a 78 years old former journalist. She works as a television presenter and newsreader. Mostly, she is known for her work on Granada Television, ITN, and the BBC.

Anna was born on 2nd October 1943 in Tewkesbury, Gloucestershire, England. She was born to her father John and her mother Jean.

Both her parents were West End actors. When her father was offered to work in Hollywood by Samuel Goldwyn, he declined the offer and did not agree.

Similarly, her mother is the sister of MP and broadcaster Michael Winstanley and Baron Winstanley. She had got an opportunity to work with Alec Guinness. When days passed by her father became ordained as an Anglican priest and took her and her brothers to live at Eskdale in lake District.

The British former journalist went to primary school at St Ursula’s School which was located at Wigton. After that, she attended the Wigton Grammar School. She started going to the White House Grammer School when her father became the parish priest at St Martin’s Church in Brampton.

Talking about her further education, she attended the Victoria University of Manchester from where she received a BA degree in economics. From the year 1966 to 1967 she was the president of the university’s student’s union.

Anna has teaching experience as she worked as a teacher for four years. She taught Provisional Irish Republican Army prisoners at Her Majesty’s Prison Maze in Northern Ireland for two years. Also, she was a social studies tutor at an Open University in Belfast.

In the year 1974, Anna was thirty years old when she joined Granada Television as a researcher. At the time she was told that she was too old to be a newsreader. It did not stop her from being a reporter and newsreader on Granada.

Finally, in January 1977 she joined the BBC. After that, she worked on Man Alive and Tomorrow’s World. She moved to ITN in February 1978. She faced abandoned legal threats from the BBC for breaking her contract. On ITV she began presenting News at One in March.

Within two months she became the first female newscaster on News at Ten. But in the year 1981, she left ITN to work on TV-am. In 1986, she rejoined BBC and became part of both BBC One’s Six O’Clock News and BBC Radio 4 Today in the year 1933.

Furthermore, she is one of the guest hosts to take the chair for the satirical news quiz “Have I Got News for You”.

Anna received an honorary doctorate from the University of St Andrews on 22nd April 2006. Similarly, she was nominated by Sir Menzies Campbell.

Retirement from the Broadcasting career

It was 3oth October 2005, when she announced that she would retire from the broadcasting career in April 2006. The reason for her decision is that she wants to pursue other interests. On 27th April 2006, she presented her last One O’Clock News. She signed off by introducing a compilation of clips o her career.

After that, J Sainsbury plc announced that she would join the company as a non-executive on 2nd May 2006. At present, she is the Chair of Sainsbury’s board’s Corporate Responsibility Committee.

At present, Anna is 76 years old but she is known as “Angry Anna”. Her name came after she threw wine over to Jonathan Aitken for his involvement in sacking her from ITN.

Similarly, she is accused of being biased on the Today program on the discussion of the treatment of men during a divorce.

Not only that she filed a lawsuit against press photographer Majorca. But she lost the case. Likewise, she attacked Martin Amis who is one of Britain’s most distinguished authors. She accused him of being a narcissist and a whinger.

Anna Ford has light hair and her eyes color is light blue. Her height and body mass are of average size.