Anna Kournikova is a married lady. She is married to singer Enrique Iglesias. They started dating him in 2001. Similarly, they did not reveal their relationship until 2008. They were separated in 2013 bt again got back together.

They have two twin children, Nicholas and Lucy who were born on 16th December 2017. Then on 30 Jan 2020, this couple again welcomed another daughter named Mary Iglesias. 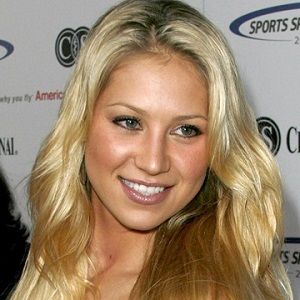 I'm like a menu at an expensive restaurant, you can look at me, but you can't afford me.

I think it's really important for me not to forget where I came from.

Who is Anna Kournikova?

Anna Kournikova is a Russian former professional tennis player and is famous for tennis stars worldwide due to her appearance and celebrity status. Similarly, she played in her last Grand Slam tournament in 2009.

She is famous for being the wife of Enrique Iglesias.

She was born on 7th June 1981 in Moscow, Russian SFSR, Soviet Union. She is the daughter of Sergei Kournikova and Alla Kournikova.

Similarly, her father is a former Greco-Roman wrestling champion and was a professor at the University of Physical Culture and Sport in Moscow. Her mother was a 400-meter runner.

Likewise, she has a younger brother Allan. He is a youth golf world champion who was featured in the 2013 documentary film The Short Game. Similarly, her nationality is Russian but her ethnicity is Russian.

Talking about her education, she graduated from the Russian High School in the year 1997. Similarly, she then got enrolled at the Russian University of Physical Culture.

Anna Kournikova is best known worldwide as a former tennis player. Even never winning a single title, she reached No. 8 in the world in the year 2000. Similarly, she achieved greater success playing doubles, where she was at times the world No. 1 player.

She and her partner Martina Hingis won Grand Slam titles in Australia in 1999 and 2002, and the WTA Championships in 1999 and 2000. And they are referred to themselves as the “Spice Girls of Tennis”.

Likewise, she retired at the age of 21 due to serious back and spinal problems, including a herniated disk. But, she lives in Miami Beach, Florida, and plays in occasional exhibitions and in doubles for the St. Louis Aces of World Team Tennis.

Similarly, she was a new trailer for season 12 of the television show The Biggest Loser, replacing Jillian Michaels, but did not return for season 13.

Similarly, she serves as a Global Ambassador for Population Services International’s “Five & Alive” program, which addresses health crises facing children under the age of five and their families.

The estimated net worth of Anna is around $50 million. She earns a huge amount of money from her career. Similarly, she won two major titles and her winnings were just over $3 million.

Likewise, the net worth of her husband is $100 million.

There were rumors about the split-up of Anna and Enrique. But they are still together till today.

Anna Kournikova has a height of 5 feet 8 inches and her weight is 61 kg. Similarly, she has blonde hair and blue eyes color.