Anna-Louise Plowman is a New Zealander actress and is best known for playing the role of Zola in the Netflix series The Witcher and on TV series like Black Sails.

Anna’s current relationship status is married. She is married to an actor Toby Stephens. The couple married on September 15, 2001.

In May 2007, they had their first child, a son named Eli Alistair Stephens. Their daughters, Tallulah Stephens and Kura Stephens were born in May 2009 and September 2010, respectively.

The couple has also performed together playing as  Sibyl and Elyot respectively in Jonathan Kent’s revival of Private Lives for the 2012 Chichester Festival. It was also reprised at the Gielgud Theatre in 2013. 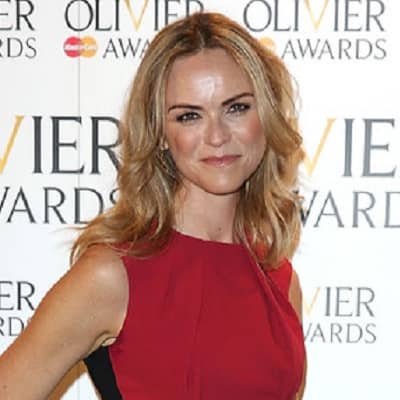 You are playing a character obviously, and everything you are saying is filtered through that person. It is not you that is saying it. It is filtered through a character that doesn’t have your own set of values - so it is not really odd. Inevitably we help each other with a lot of line-learning. Plus there is a familiarity which is quite nice. We have done TV together before.

Who is Anna-Louise Plowman?

Anna-Louise Plowman is a New Zealander actress and is best known for playing the role of Zola in the Netflix series The Witcher and on TV series like Black Sails.

She is the wife of a popular American actor, Toby Stephens. They also appear together in Jonathan Kent’s revival of Private Lives.

Anna was born on May 9, 1972, in New Zealand. Her father’s name is Gary Plowman who is a Senior Counsel, one of Hong Kong’s leading barristers.

However, she is also popular as the daughter-in-law of the actors, Robert Stephens, and Dame Maggie Smith.

Further, the actress is the sister-in-law of actor Chris Larkin. She holds New Zealand nationality and is of English-Scottish ethnicity.

She finished her high school education at Samuel Marsden Collegiate School, Wellington in 1989.

Then she studied at the London Academy of Music and Dramatic Art and the Lecoq School in Paris.

Anna-Louise Plowman has built her career as an actress and is popular for portraying different roles.

She appeared first as a consultant anesthetist in Holby City. Likely, She later played Melinda MacLean in the mini-series, Cambridge Spies.

The series was nominated for British Academy Television Craft Award for Best Photography, Lighting, and Fiction.

Further, the access appeared along with her husband, Toby Stephens in Jonathan Kent’s revival of Private Lives for the 2012 Chichester Festival, reprised at the Gielgud Theatre in 2013.

The actress then took on different roles in Doctor Who and Three Tall Women.

She also appeared as Mrs. Hudson in an American historical adventure television series, Black Sails from 2016 to 2017. It was aired on New Providence Island.

She also appeared on Personal Affairs. It is a 2016 Israeli drama film, the directorial debut of Nazareth-born Palestinian Maha Haj.

Recently, she was seen playing the role of Zola in the Netflix series The Witcher alongside actors such as Henry Cavill, Freya Allan, Anya Chalotra, and more.

Other information regarding her earnings is not available.

She seems to be in a low profile and doesn’t share much about her life. Hence, the actress is far from any sort of rumors or controversy until now.

Anna-Louise Plowman has a perfect body figure with body measurements of 33-23-34 inches.

Her bra size is 34B and her dress size is 4 (US). Likely, she has blonde colored hair and often dyes into brown and other colors as per her look. She has a beautiful pair of hazel-colored eyes.

Although there are various fan-made pages.