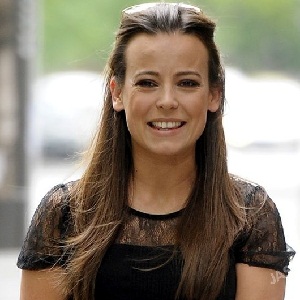 Cute and charming Anna is an unmarried woman. Currently, she is in the relationship with Marcel Sora and already welcomed two children named Stefania Sora and Teodor Sora.

She is not associated with any other relationship status and divorce case. Currently, she is living happily with her boyfriend and children in Poland.

Who is Anna Maria?

Anna Maria is a Polish actress. She is extremely prominent for her role in “Schindler’s List” (1993), “M jak milosc” (2000), and “Boys Don’t Cry” (2000). Her debut movie Korczak was commercially and critically successful. She has also won one of the seasons of Dancing with the Stars.

Anna was born on April 26, 1980, in Warsaw, Poland. Her nationality is Polish and belongs to European ethnicity.

She was born to Anna Mucha(mother) and Krzysztof Mucha(father). She was raised up by her parents in a friendly and in an entertaining environment. As per her parents, Anna was highly interested in an acting field from the very early age and was dedicated too. As her parents found her acting talent at the young age, they enrolled her in acting classes.

Anna made her acting debut in the year 1990 and appeared in the film titled “Korczak” as ‘Sabinka’. She didn’t get so much popularity because of her minor role. She also appeared in several films at the initial phase of her career including “Femina”, “Przeklęta Ameryka”, and “Lista Schindlera”.

In 1996, she appeared in a successful film titled “Panna Nikt” as ‘Kasia’ for which she receives huge positive responses and reviews from fans and viewers. In 2000, she appeared in two films titled “Życie jako śmiertelna choro ba przenoszona drogą płciową” and “Chłopaki nie płaczą”.

Currently, there are no desperate rumors regarding Anna’s personal and professional life. It seems she is doing best job without harming others for which she hasn’t been a part of controversy yet.

Moving towards her body measurements, she has a good height of 6 feet. She has dark brown hair color and her eye color is blue. There is no information about her body weight, shoe size, and dress size.