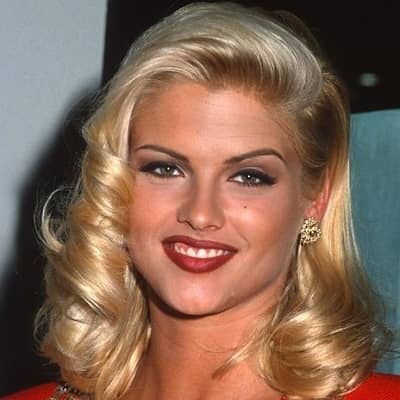 If I have another child, I doubt I'll get married again. I don't think men particularly want to be with me.

I wanted to become a model and an actress.

I was 23, and he was 86. I saw a very sick man. I just wanted to just talk with him. There was no physical attraction at all. He was very much attracted to me.

Anna had several love interest when she was alive.

She was first married to Billy Wayne Smith on April 4, 1985, after dating for a year. They met each other at Jim’s Krispy Fried Chicken in Mexia, Texas. Billy was a cook in the restaurant whereas Anna was a waitress.

They also had a son named Daniel Wayne Smith on January 22, 1986. Unexpectedly Daniel passed away at the age of 20 on September 10, 2006, due to an accidental overdose of prescription drugs. Anna and Billy separated in 1991 and got legally divorced in February 1993.

She was married to James Howard Marshall II on June 27, 1994. Attorney and government official turned Petroleum tycoon Howard met Anna at the Houston Strip club Gigi’s where she worked as a stripper and went by the name, Vickie Lynn Smith. 13 months after their marriage, Howard died  and the cause of his death is said to be due to natural reason in August 1995 at the age of 90.

Before it, she has different past affairs. Anna and Donald Trump were speculated to be dating as they were clicked together at the public events in the early 1990s. Further, Donald also confessed about Anna being beautiful in an interview.

Anna briefly dated famous publicist and political consultant, Edward Lozzi possibly in the early 1990s. From 1996 to 1997, she also had an affair with a businessman Frédéric von Anhalt.

Finnish Canadian businessman, Peter Nygård and Anna met while co-hosting the annual Los Angeles Oscar party in 1999. The couple later started dating. They publicly dated for almost 3 years from 1999 to 2002.

Anna and Mark ‘Hollywood’ Hatten met on a dinner date through her friend Jakie Hatten (Mark’s sister). Mark Hatten wrote a book as a tribute to his ex-girlfriend called titled Hollywood’s Annamaria originally published in 2010 in which he claimed that Anna was once secretly married to him.

He claimed after Anna’s marriage that she was formerly engaged to Mark during their two-year relationship and also suffered 2 miscarriages in that period.

Anna also has affair with Alexander Denk, personal trainer and stuntman turned actor in around 2002 to 2007.

Anna hired Howard K. Stern on a contingency basis along with a team of several other lawyers in 1996 to fight for her case to win half of Marshall’s estate. That time, they became lovers in 2000 but had an open relationship as confirmed by Howard in courtroom testimony.

By 2002, Howard quit his partnership in the humble legal firm with Dave Shebby to exclusively live by Anna’s side and had her as her only client. His loyalty towards Anna Nicole is defined as part obsession and part love by the former model’s acquaintances.

Furthermore, Anna also has affair with Gaither Ben Thompson in 2005.

Likely, she had a tumultuous 2-year relationship with Larry Birkhead from 2004 to 2006. Larry is a photographer who was working at the famous Barnstable-Brown Gala on the eve of the Kentucky Derby when Anna first saw him. And the photographer eventually fell in love with Anna after seeing the genuine side. She gave birth to her daughter, Dannielynn Hope Marshall Stern in Sep 2006.

A DNA test revealed that Larry indeed was the biological father of Dannielynn. Her birth certificate was amended to name her Dannielynn Hope Marshall Birkhead. Larry moved to rural Louisville, Kentucky to raise his daughter as a single dad away from the spotlight.

He did not pursue the case of Dannielynn’s entitlement to Marshall’s estate by virtue of being Anna’s daughter and raised her with the money he made in photography and real estate by flipping houses.

Who was Anna Nicole Smith?

Smith was known for working in Playboy magazine and she also won the title of 1993 Playmate of the Year.

On 8th February 2007, at the age of 39, she died after being unconscious in her hotel room in Florida. Her death was supposed to be from an overdose of drugs.

She passed away just after some weeks she gave birth to her daughter and after five months after her son’s death.

Even after her death, she continued to be a subject of great fascination and speculation to this day. Her life and sudden death have inspired numerous books, documentaries, and movies.

Her birth name was Vickie Lynn Hogan. Anna’s father’s name is Donald Eugene Hogan, who died on September 19, 2009, because of lung cancer. Likely, her mother’s name is Virgie Mae Hogan.

But her mother and father divorced on November 4, 1969. She had five half-siblings. Smith’s mother married Donald R. Hart in 1971.

Talking about her nationality, its American, and she belongs to Mixed (English, Scottish, and French) ethnicity.

She transferred to Mexia High School to finish the last semester. But, she was dropped out of that school in her 10th Grade in the year 1982.

In the year 1992, Anna Nicole Smith modeled for ‘Playboy’ magazine which was the base to increase her stardom. After that, she became the modeling sensation. The model appeared in various advertisements for the ‘Guess’ fashion brand Swedish clothing company H&M between 1993.

In 1993, she was one of the beauties who had been selected as ‘Playmate of the year’ by Playboy magazine. This magazine gave her the identity and created her sex symbol image which stuck to her for her whole life.

Then, she appeared as herself in the pilot episode of The Naked Truth. In 1996, she made Hollywood debut by playing a lead role in Skyscraper but the film too did not do well.

After that, she appeared on the small screens movies like Sin City Spectacular, and Anna Nicole Smith: Exposed in 1998. A year later, she portrays the role of Veronica Chase’s friend in the sitcom Veronica’s Closet.

Further, she  guest roled in Ally McBeal. In 2002, from the reality show The Anna Nicole Show, she shared her own life between the people. The show was a big hit.

In the year 2006, she starred in science fiction comedy ‘Illegal Aliens’. Her son Daniel was also a part of this project. In 2011, an opera titled ‘Anna Nicole: telling Smith’s tragic tale in the song was launched in London. Lifetime TV network released ‘The Anna Nicole Story’.

Anna’s net worth is said estimated at around $50 million at the time she died. After the death of her second husband, she was 16% stakeholder of the Koch industries.

Her personal property was estimated to be $10,000.

Anna was in the news headlines due to her different relationships and affairs.

Frédéric von Anhalt, once boyfriend of Anna claimed that he was a potential father of Anna’s 2nd child named Dannielynn Hope. yet it turned to be false rumors.

In the year 2006, Anna moved to the Bahamas to live in a $900,000 dollar mansion called Horizons and she claimed that it was a gift to her by Gaither Ben Thompson. The real estate developer denied her claim stating that he merely loaned her money to purchase that place and took legal recourse in November 2006 to gain control of that property.

She had blonde colored hair and green eyes.

Also, get to know about Suzi Ruffell, Kathleen Kinmont, and Francesca Farago.