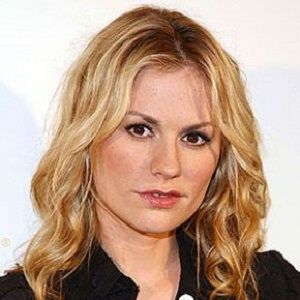 You find happiness where you find it

I don't know what it is that I'm doing, but I'm really enjoying myself. And I'm free to do it as much as I want.

Cute and adorable Anna is a married woman. After being in the relationship with Stephen Moyer for several years, they finally got married on August 21, 2010, and welcomed twins named Poppy and Charlie in September 2012. Previously, she has been in relation with Kieran Culkin in the year 2006 and with Logan Marshall-Green in the year 2004. Currently, she is living happily with her husband and children.

Who is Anna Paquin?

Anna Paquin is a New Zealand popular actress. She is extremely popular for “The Piano”, “Fly Away Home”, “A Walk on the Moon”, “X-Men”, and “True Blood”. She has made respectable position in New Zealand’s film industry and has earned more fans and fame.

Anna was born to Mary Paquin and Brian Paquin on July 24, 1982, in Manitoba, Canada. Her nationality is Canadian and belongs to Mixed (French-Canadian, Irish, Dutch, and English) ethnicity.

Her father Brian was a high school Physical Education teacher from Canada and her mother Marry was an English teacher. Her family moved to New Zealand along with her when she was only 4 years old. In New Zealand, she started participating in gymnastics,  ballet, swimming and downhill skiing and also she didn’t have any hobbies towards acting in early age.

Concerning about her educational background, she attended Hutt Intermediate School and completed her high school at Wellington Girls’ College. Her parents divorced in 1995 and Anna along with mother moved to U.S.A where she attended Columbia University but left within a year to pursue her career in an acting career.

She has accumulated a net worth of $14 Million. But there is no information regarding her salary.

She has accumulated a net worth of $1.5 Million. But there is no information regarding her salary.