Anna Passey is a well-recognized actress from England. She is in a relationship.

Anna Passey is already taken. She is currently in a romantic relationship with fellow actor, Kyle Pryor.

The duo is actually known for playing Sienna Blake and Laurie Shelby on the Channel 4 soap opera, Hollyoaks.

In October 2019, the beautiful couple revealed their relationship via an Instagram post. The actress shared a sweet snap with Kyle, kissing in a cave by the ocean during a gorgeous sunset.

Previously, she dated another Hollyoaks star, Nick Rhys. She dated him for five years who played Lockie Campbell on the channel 4 soap. 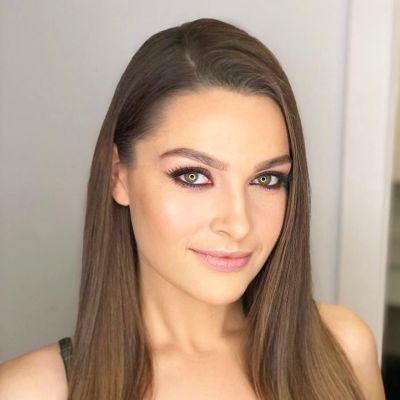 Who is Anna Passey?

Anna Passey is a well-recognized actress from England. She is popular for her work in movies such as Ask Skylight (2011) and A Landscape of Lies (2011).

Passey is presently portraying the role of Sienna Blake in the British soap opera, Hollyoaks aired on Channel 4.

She hasn’t yet disclosed her parent’s identity in the media. Talking about her academics, she graduated from The Bridge Drama School in London. She then enrolled in drama classes at The Bridge were part of the postgraduate course.

Similarly, Passey is of British nationality and belongs to the Caucasian ethnicity.

In 2007, Anna made an appearance in the BBC documentary film, The Last Flight to Kuwait. She then made her theatrical film debut through the movie, A Landscape of Lies in 2011 where she played the minor role of  Sergeant Egan. The following year, she appeared in Rupesh Paul’s film Saint Dracula 3D alongside Mitch Powell and Ciara Bailey.

That year, she featured as Sienna Blake in the soap opera, Hollyoaks and has been continued the role till now. Furthermore, she appeared in the film, The Smoke as Sasha and portrayed the recurring role as Felicite on the Netflix series, Free Rein.

Apart from acting, Passey is actively involved in charity works, she has done activism work for Stand Up To Cancer charity. Also, she participated in a  canoe marathon event held to raise funds for the foundation.

Anna stays miles away from such controversial matters that create a huge buzz in the media. She has managed to maintain a clean profile to date.

Anna’s main source of her income is her acting career. According to sources, she has an estimated net worth of $400 thousand as of 2022.

Anna has also launched her own brand for sustainable and eco-friendly candles called Kip Candle Co with her boyfriend, Kyle. Her salary and other income are still under review.

The actress has a well-maintained body physique. She has a fair complexion. Likewise, she is 5 feet 8 inches tall and her weight is about 56 kg.

Passey has a light brown pair of eyes and her hair color is dark brown. Further, she wears a bra size of 33B and her dress size is 4 (US). Her shoe size is 8 (US).

She is also active on Facebook with over 1.7k followers.