Anna Popplewell is a British film, television and theatre actress. She is known for her role as Susan in The Chronicles of Narnia. She is married.

Talking about her personal life, Anna is currently married to husband Sam Caird. The duo reportedly got married on 14th May 2016 in a private wedding ceremony in London. Anna is currently living happily with her spouse with no hints of divorce. Before getting married, Anna has also been in a short term relationship with boyfriend William Moseley in 2005. Moreover, Anna was also involved in a short-term relationship with boyfriend Rollo Weeks whom she dated for almost two years. 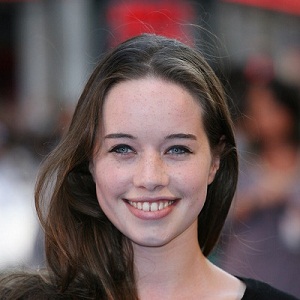 Being a part of the action is just incredible. I loved doing stunt stuff. I loved learning to ride

If you're working 12-hour days, then you come home to do three hours' homework, it's quite a lot on your plate

Who is Anna Popplewell?

Anna Popplewell is a British film, television and theatre actress. She is known for her role as Susan in The Chronicles of Narnia. She also played Chyler Silva in Halo 4: Forward Unto Dawn.

Anna Popplewell was born on December 16, 1988, in London, England, the United Kingdom as Anna Katherine Popplewell. She is the first child of her parents Andrew Popplewell and Dr. Debra Lomas. She has two younger siblings too. Her siblings are also actors and they are Lulu Popplewell, Freddie Popplewell. She started learning acting from her young age. She took classes at the Allsorts Drama School at the age of six.

Anna’s professional career begins from television. She acted on Frenchman’s Creek in 1998. She had her movie break in Mansfield Park in 1999 and was successful to leave her marks in the movie. She then started getting supporting roles in movies like The Little Vampire (2000) and Girl with a Pearl Earring (2003).

Anna was selected as Best supporting actress for her role in a student production of Five kinds of Science. She was awarded the Cuppers Prize in 2007. It’s a stage play by playwright Shelagh Stephenson. She also played in the student productions of Macbeth as Lady Macbeth.

In 2012 she played the character Chyler Silva in the live action 5-part mini-series Halo 4: Forward Unto Dawn. In 2013, she played Lola, a friend of Mary, Queen of Scots, in Reign. Filming took place in Ireland and Canada. She played the role until 2016. She has a net worth of $5 million dollars as of 2022.

They were rumored to be together with Rolls Weeks but the rumors were never actually found to be true.