Anna Renee Duggar is a married woman. She is married to American television personality Josh Duggar. The pair married on September 26, 2008. Previously, they dated for two years and were engaged for 3 months. They have five children from this relationship, daughter Mackynzie Renee Duggar, two sons – Michael James Duggar and Marcus Anthony Duggar, one more daughter – Meredith Grace Duggar and one more son – Mason Garrett Duggar. 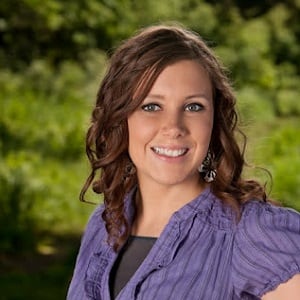 Who is Anna Renee Duggar?

Duggar was born in South Florida on June 23, 1988, to parents Suzette Keller and Mike Keller. Additionally, she has seven siblings, Nathen Keller, Esther Keller, Rebekah Keller, David Keller, Daniel Keller, Susanna Keller, and Priscilla Keller. She is of American nationality. Furthermore, there are no details available regarding her ethnic background at present.

Talking about her education, Duggar was homeschooled using the ATI curriculum as a child. In addition, she earned a certificate from an online Christian college.

Duggar has not revealed her current salary. Additionally, there is no information available relating to her net worth at present.

Duggar became part of a controversy after her husband Josh Duggar made the news due to his molestation and infidelity scandals in 2015. Additionally, Anna was also criticized for sticking by the side of her husband even after the incident. Josh has also been accused of sexual abuse. At present, there are no rumors concerning Anna and her career.

Talking about her body measurement, there are no details available about Duggar’s height and weight. Her hair color is dark brown and her eye color is hazel.

Counting On Stars Josiah Duggar and Lauren Duggar Welcomed Their First Child; Shares The New Family Portrait On The Internet!