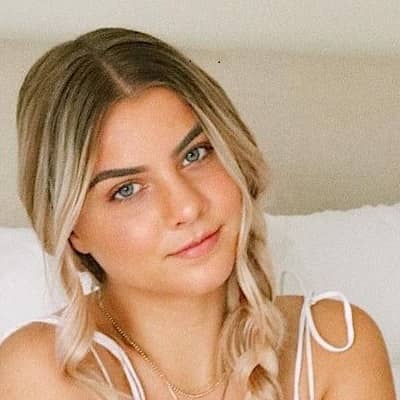 What is the relationship of Anna Seavey?

Anna Seavey’s current relationship status is possibly single. She doesn’t seem in any love affair as of now. In further days, if she revealed anything about her love life then we will update it.

Who is Anna Seavey?

Anna Seavey is a Fashion designer and Instagram star who is best known for her selfies and aesthetic lifestyle fashion photos. She is also a founder of Seavey Style.

Anna Seavey is better known as the sister of a pop star, Daniel Seavey. Daniel is one of the five band members of the band, ‘Why Don’t We.’

Anna Seavey was born on March 6, 2001, in Canada. She holds Canadian nationality and is of Caucasian descent.

The name of his parents is Jeffrey Seavey and Keri Seavey. His father worked as a pastor at Living Water Community Church. However, his parents are not together as of now. They ended their marriage in 2020 after 27 years together.

Anna Seavey is the youngest one among the four children of her parents. Her siblings are Tyler Seavey, Christian Seavey, and Daniel Seavey. Her brother, Daniel is a prominent figure in the media and one of the hottest growing pop singers at the moment.

Moving towards his academic history, she studied at Pacific Middle School. Being a fashion designer, she probably might be graduated in Fashion design but hasn’t yet revealed her institution details till now.

Anna Seavey posts her photo on her Instagram for the first time on March 7, 2015. Her Instagram account is full of her fashion looks and exploring various places. From her Instagram posts, it seems that she has an amazing photo editing talent too.

Besides, she is a founder of Seavestyle where she made hand-drawn graphic designs for tote bags, and hoodies that are sustainable and eco-friendly. She is also preparing to open her own merch soon.

Furthermore, she has a self-titled Youtube channel where she has over 15.3k subscribers on her Youtube channel. On January 30, 2020, she upload her first video titled ‘My First Vlog! Dyed My Hair Black, Called The Police on My Uber Driver & Went To An Influencer Event.’ To video gained more than 73k views and over 7.1k likes to date.

Seavey’s Youtube channel is all about fashion, vlogs, and travel. Besides, she gained popularity because of her brother, Daniel. Daniel is a member of the band, ‘Why Don’t We’ who joined in 2016. Also, he participated in the 14th season of American Idol.

To date, Anna Seavey has not been part of any rumors and disputes that could hamper her personal life and professional life. Also, she stays miles distance away from such a controversial act.

What is the net worth of Anna Seavey?

As per other online sources, Anna has an estimated net worth of around $1 million. However, she hasn’t yet personally revealed her exact figure of net worth. Besides, her salary and yearly income are still under review.

What are the body measurements of Anna Seavey?

Anna Seavey stands at the height of 5 feet 6 inches tall whereas her weight is around 56 kg. She often does hair experiments recently, she made her brown hair color.

Moreover, she has an attractive blue pair of eyes. Her bra cup size is 32B. She has a tattoo of the sun on her hand.

She is also active on Tiktok with nearly 93.8k followers. However, she is not available on Facebook.