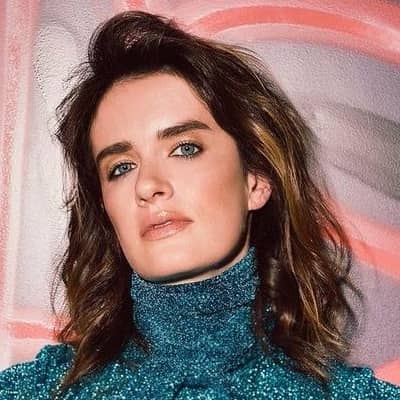 Anna Wood is a married woman and mother of two children. She is married to her long-time boyfriend Dane DeHaan. Dane is an American actor.

The pair married on June 30, 2012, in the Blue Ridge Mountains in Virginia in an intimate ceremony. The couple met for the first time in North Carolina during high school.

The couple started dating since 2006 and they had together worked in the 2012 superhero film, Chronicle. The duo is proud parents of two children, They welcome their first child a daughter named Bowie Rose DeHaan on April 2, 2017.

Similarly, they welcome their second child a son named Bert Apollo DeHann on May 23, 2020. Currently, they are living happy conjugal life.

Who is Anna Wood?

Anna Wood is recognized as an American film, stage, and television actress. She is best known for her prominent role as Nichole Frishette on the short-lived NBC television drama series, Deception.

She is also recognized as the wife of popular actor, Dane DeHaan.

The actress was born to his father Bert Wood and Mary Beth Wood on December 30, 1985. The birthplace of Anna is Mount Airy, North Carolina, the U.S. Her birth name is Anna Elizabeth Wood.

She holds an American nationality whereas she belongs of Caucasian descent. She has a sister named Lauren Kathleen Wood who is a director of Nursing and a brother named Jarod Wood who is a guitar player and Electrical contractor.

Moving towards her academics, she attended the University of North Carolina School of the Arts and received a degree in Bachelor of Fine Arts.

Anna made her television debut in the year 2009 in season 7 of Cold Case where she portrayed the role of Kristin Duren ’89. That year, she also featured in an episode of Royal Pains in the role of Ana.

Afterward, Wood made ger film debut in the romantic movie, Nice Guy Johnny in 2010. She cast in the role of Clarie in the film. In the same year, she made an appearance in a short film like Delusions of Love: A Case Study in Jealousy and 19th Century Formal Wear (as Joanne) and The Layla project (As Jackie).

Lately, she starred in the 2020 drama series in an episode Flesh and Blood of Bull where she cast in the character of Vivian Cahill.

Furthermore, she has appeared in several film and television series which are enlisted below in the table,

The actress stays miles away from any sort of controversial acts that could hamper her personal and professional life. Also, she has not been part of such disputes and rumors till now.

As per other online sources, she has an estimated net worth of around $4 million throughout her successful acting career. However, her exact salary, yearly income, and real estate are still under the curtain.

The actress stands at the height of 5 feet 7 inches tall and her weight is around 51 kg. She has brown hair with blue pair of eyes. Further, her other body measurement is not available. She has also a tattoo on some part of her body.

The first cannabis cafe of America, Lowell Farms: A Cannabis Cafe will open its doors to marijuana-lovers today on 30 September 2019 in West Hollywood, California!

Hollywood beauty Anna Faris is looking skinny! What is ailing her?