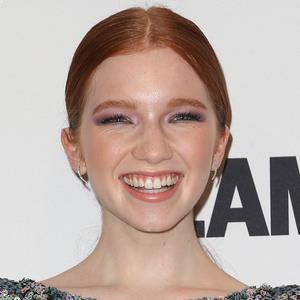 Annalise Basso has successfully kept the information relating to her personal life away from the media spotlight. There are no records of her past relationships. At present, she is believed to be single.

Who is Annalise Basso?

Annalise Basso is an American actress and model. She has appeared in movies including ‘Bedtime Stories’, ‘Love Takes Wing’, ‘Standing Up’, and ‘Oculus’, ‘Ouija: Origin of Evil’ among others.

Basso was born in St. Louis, Missouri on December 2, 1998, to parents Marcia and Louis Joseph Basso. Additionally, she has an older brother and sister, Alexandria and Gabriel Basso.

They both are actors. She became interested in the world of acting in her childhood years. She is of American nationality. Furthermore, she belongs to a mixed ethnic background of Italian, German, English, and Irish.

Talking about her education, there is no detailed information relating to Basso’s educational background.

Basso initially appeared in numerous commercials. Her first role came in the 2007 movie ‘Ghost Image’. In 2008, she portrayed Denise in the TV series ‘Desperate Housewives, Tricia Sparks in ‘Bedtime Stories’ and All American Girl in ‘1%’. T

he following year, she appeared in ‘Love Takes Wing’, ‘Dark Horse’ and ‘Lie to Me’. Since then, she has appeared in numerous other movies and television series. All in all, she has over 30 credits as an actress.

Some other movies and television series that Basso has appeared in are ‘Nostalgia’, ‘Camp’, ‘Cold’, ‘Captain Fantastic’, ‘The Red Road’, ‘Constantine’, ‘Oculus’, ‘New Girl, ‘Parks and Recreation, ‘Bones’, ‘Children’s Hospital’, ‘Three Rivers’, ‘Alabama Moon’ and ‘True Blood’ among others. Additionally, she also has a credit for a soundtrack in ‘Captain Fantastic’.

Basso has not revealed her current salary. However, she has an estimated net worth of around $2.5 million at present.

Although Basso herself has never been part of any notable controversies directly, the Slender Man movie that she was cast in became the subject of numerous controversies. Currently, there are no rumors concerning her life and career.

In addition, she has over 125k followers on Instagram. Similarly, her Facebook page has more than 7k followers.