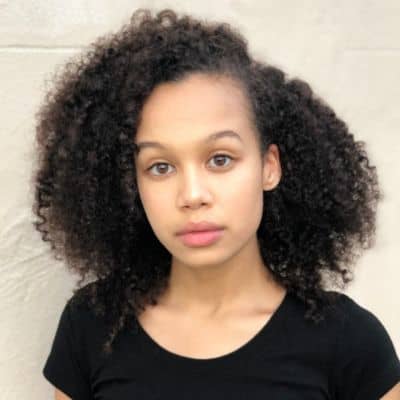 Who Is The Emerging Star, Annarah Cymone Dating At Present?

The young actress, Annarah Cymone is possibly single. She has kept her personal life private and her love life away from media attention.

Who is Annarah Cymone?

Annarah Cymone is an American emerging actress, who is known for her roles in Midnight Mass (Leeza, 2021), and Caged (Ashely, 2021).

In 2022, she soared to fame after appearing as Sandra in the Netflix series, The Midnight Club. It was released on October 7, 2022.

The young Tv actress was born on July 11, 2000, in New York, the United States of America. As of 2022, Cyomone is 22 years old and holds American nationality.

Similarly, her ethnicity is mixed and as per the astrologers, her birth sign is Cancer.

The actress has been very secretive when it comes to her personal life. So, there is no info revealing her parents, siblings, and early educational life.

After graduating from high school, and taking her acting passion forward, she began to work on various stage plays.

Moving on, she made her acting debut by appearing as Ashely in the 2021 drama, Caged, which was directed by Michael Anthony Walker.

Following that, she grabbed her role as Leeza Scarborough on the Netflix original horror series Midnight Mass. Mike Flanagan is the creator and director of the following series. The other cast of the series includes Samantha Sloyan, Kristin Lehman, Henry Thomas, Hamish Linklater, Kate Siegel, and Zach Gilford.

In 2022, she was seen playing the role of Sandra in the horror series Midnight Club on Netflix.

Adding more, the first episode of the series, hit the new Guinness World Record for being the most scripted jump-scares in its single episode on television at 21 jump-scares.

The primary source of Annarah’s earnings is her work as an actor on TV and on the big screens. Regardless, up to date, Cymone has not shared the details of her exact earnings and the fees she is charged for her appearance in the movies and TV shows.

Therefore, the young star’s net worth and salary have remained a mystery for her fans as well as for the media.

Owing to her growing acting career, Cymone has never been a part of any controversial news as of now.

She has maintained a healthy distance between his professional and personal life.

The young actress Annarah stands at the height of 5 feet 3 inches and weighs around 45 Kg. Adding more, she has body measurements of 33-23-32 inches, which means her bust size is 33 inches, waist size is 23 inches and hips size is 32 inches.

Furthermore, she has a fair complexion, along with a pair of brown eyes and curly brown hair.