Updated On February 1, 2023 | Published By: Neil Richard
Share this
Single 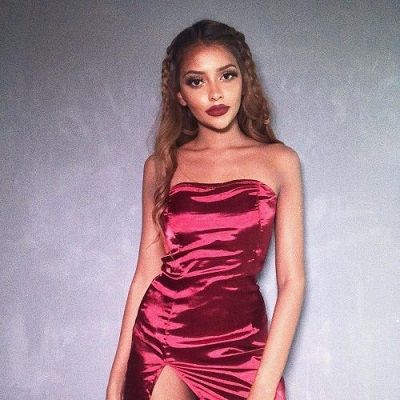 What is the relationship of Anncy Twinkle?

Currently, Anncy Twinkle’s relationship status is single. Previously, she had two relationships. According to her, those relationships were childish in nature.

She has a soft corner for dogs and she used to have one. However, she returned when she figured out that she could not take care of the poor soul.

Arabian Anncy Twinkle is a YouTuber. Twinkle is renowned for her makeup tutorials and tricks that went viral on the web.

Usually, she uploads videos on her channel on Mondays. She is known for her humorous and sarcastic content.

Anncy Twinkle was born on the 29th of January 1998 in Dubai, United Arab Emirates. She is of Indian ancestry. Her parents are from South India. Her mother is a nurse by profession.

She has a brother with whom she had a bad bike accident. In one of her videos, she revealed that she has keloids.

Anncy Twinkle recalled her childhood as the happiest moment of her life. She was born into a rich family. Her parents grant her every wishes no matter how expensive that was. In one of her YouTube videos, she mentioned that her parents never worried about finance when it came to wishes.

As she was growing, she wanted her to make her money. Finally, she started her own YouTube channel.

Last, in November 2019, she completed her graduation.

How much is the net worth of Anncy Twinkle?

Anncy always had a very keen interest when it comes to fashion. At the age of 18, she started her YouTube channel with her name. However, she started uploading videos after 2 years only.

On the 6th of January 2018, she uploaded her first video, VICTORIA SECRET WAVES. In the video, she taught to make wavy hair. Back then, her comments section was full of comments that she is gorgeous but serious. Her first video earned 27k views.

Most people like her sense of humor. In the course of making videos, she has collaborated with the YouTubers Lailli Mirza and Yasmin Mermaid.

Is Anncy Twinkle involved in any rumors and controversies?

Once, she had lip filler which created the problem and warned others to not use cheap fillers.

She also has a self-titled YouTube channel with 638k subscribers with 52.3 million views.