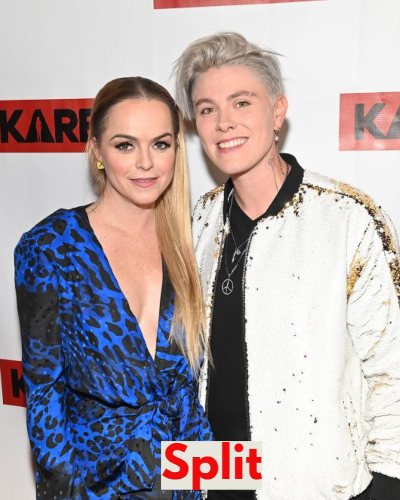 The fairytale is over! Engaged couple Anne Cline and Taryn Manning have ended their engagement after three months. A source revealed that after the engagement Taryn realized that it was not the right relationship for her so she ended it. At present, she has moved on and is happy in a new relationship.

Anne proposed to her in June at a restaurant in Panama City, Florida. She proposed to her at a restaurant in Panama City, Florida. The proposal came just two months after the pair were first spotted together in March. In the proposal video, she was behind the mic when she jumped off stage mid-performance to get down on one knee in front of her and the crowd.

They kissed announcing the engagement. But things did not work out for them. Manning told that she was thrilled,

“It was the easiest YES I ever said!”

The split rumors of them began circulating in September after they unfollowed each other on social media.

Taryn Manning is an American actress, singer-songwriter, and fashion designer. Manning made her film debut in the teen drama Crazy/Beautiful (2001), followed by a lead part opposite Britney Spears in Crossroads.

As a musician, Manning is the vocalist for the electronic duo Boomkat and is also a co-owner of the clothing brand Born Unicorn. Read more bio…