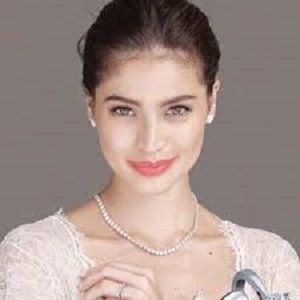 Betrayal, in all forms, is painful. It can make you go crazy. But we all have choices on how to deal with it. Do we just go away or stay?

Cheating is not an accident. It's a choice.

What is the relationship of Anne Curtis?

Anne Curtis in December 2016, became engaged to her longtime boyfriend, Erwan Heussaff. He is a restaurateur and food blogger. Later on 12 November 2017, they got married.

They are living happily. Currently, they don’t have a baby. It seems both of them are enjoying their life.

Who is Anne Curtis?

Anne Curtis is a model, television host, VJ, recording artist, and Filipino-Australian actress in the Philippines. She is popular for hosting the noontime variety show It’s Showtime, which airs on ABS-CBN.

She has dual Filipino-Australian citizenship.

The model was born on February 17, 1985, in Yarrawonga, Victoria, Australia as Anne Ojales Curtis-Smith. Her current age is 37.

Her father is James Curtis Smith, an Australian lawyer and her mother are Filipina Carmencita Ojales. She is the eldest of five children.

She had a half-sister named Clare who died due to cardiovascular disease at four months old in 2007. As well, she has a younger sister, Jasmine, who is also an actress.

Her ethnicity is Mixed(German, English, Irish, 1/128th Italian/Sicilian, Filipino). Similarly, she has dual nationality in the Philippines-Australia.

From an early age, she was interested in acting and modeling. She describes herself as very sentimental.

Anne Curtis has attended an education course at Open Universities Australia to have a shot at realizing her dream.

She left her education during college time.

Anne Curtis started her career by auditioning for a part in the movie Magic Kingdom in which she won the role of Princess Dahlia. Then, she began to first television appearance in GMA 7’s Ikaw Na Sana.

Moreover, in 2005, Curtis’ big break came when she won the title role in the television series Kampanerang Kuba. Curtis, along with Luis Manzano, hosted Star Circle Summer Kid Quest in 2006, and in the same year, she starred in All About Love.

Curtis starred in When Love Begins, a romantic drama film where she paired with Aga Muhlach in 2008.

Besides that, Anne Curtis was announced to play the lead role in Baler, alongside Jericho Rosales in July 2008, it officially entered to 2008 Metro Manila Film Festival.

She starred in the Philippine adaptation of the Korean series, Green Rose in 2011.

Curtis staged her first solo concert entitled Annebisyosa: No Other Concert World Tour at the Smart Araneta Coliseum on 28 January 2012. Curtis, along with Kris Aquino and Robin Padilla, led the drama series, Kailangan Ko’y Ikaw in 2013.

She became the host of I Love OPM in 2016. Moreover, in February 2016, she announced that she had written a children’s book called Anita, The Duckling Diva in collab with UNICEF Philippines.

Furthermore, in September 2017, she launched her makeup line in the Philippines. Also, she was appointed UNICEF-Philippines Celebrity Advocate in the year 2015.

Anne Curtis has won the  FAMAS Award for Best Actress for the movie No Other Woman.

When she was drunk, she shouted at Sam Conception saying that “Who invited you? Why are you here? You are not classy enough to be here!” Furthermore, in 2013, she was reportedly involved in an incident with John Lloyd Cruz where she slapped him and two other people at a bar.

Furthermore, her husband was also involved in the controversial ‘Buhay Carinderia’ project.

Anne Curtis: Salary and Net Worth

Her salary is around $10000 per month which she earns from her profession. Her estimated net worth is about $10 million at present.

Anne Curtis is beautiful with light brown hair and with dark brown eyes. Besides this, her height is 5 feet 6 inches tall.

YouTuber Lauren Curtis and her rocketing career in beauty and fashion!