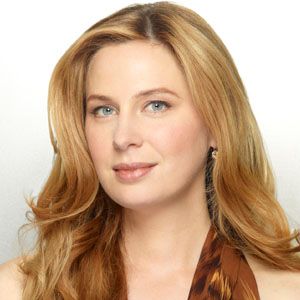 Anne Dudek is currently single. She was married to artist Matthew Heller in 2008. This couple welcomed a son named Akiva on December 14, 2008, and a daughter named Saskia in February 2012.

But, the couple could not hold the relationship and end with divorce in March 2016.

Who is Anne Dudek?

Anne Dudek is an American actress best known for her role as Tiffany Wilson in the film ‘White Chicks’ in 2004. She is also well recognized as Danielle Brookson in the  USA Network television series ‘Covert Affairs’, as Dr. Amber Volakis on the Fox series ‘House’, and as Francine Hanson on the AMC series ‘Mad Men’.

She was born on Mech 22, 1975 in Boston, Massachusetts, USA. Her birth name is Anne Louise Dudek and she is currently 44 years old. Her father, Paul H. Dudek is an architect and mother Janet Dudek is a housewife. Anne also has a brother Simon.

She grew up in Newton, Massachusetts and loves Italian dishes very much. Anne holds American citizenship and her ethnicity is Polish.

She completed her education from Northwestern University and started appearing in theatre production.

Anne Dudek made her Broadway debut from ‘Wrong Mountain’ in 2000. After that, she appeared on television as the lead role in the British comedy-drama ‘The Book Group’. She made her guest appearance in the TV shows like ‘Desperate Housewives’, ‘How I Met Your Mother’, ‘Friends’, ‘ER’, Six Feet Under’, and many more.

The talented actress has an estimated net worth of around $4 million. However, her salary and income are under review.

It seems this actress is very secretive and wants to maintain her celebrity status as she has not harmed others in her career.