Updated On November 18, 2022 | Published By: Anish Suwal
Share this
Divorce 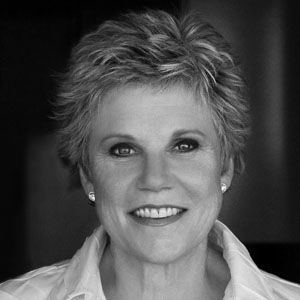 We are all more capable than we think we are.

When I was young my heart was young then, too. And anything that it would tell me, that's the thing that I would do.

It's not great when it happens. It's like looking in the mirror and seeing you have an old lady's neck. You just have to maintain a sense of humor.

What is the relationship of Anne Murray?

As regards Anne Murray’s relationship, she was a married woman. She is married to Bill Langstroth on June 20, 1975. Both the couple had a multi-year affair before their marriage.

Bill is a music producer and hosts CBC Television ‘Singalong Jubilee‘. The couple has two children, William Langstroth and Dawn Langstroth. Her daughter Dawn is a singer, songwriter, and painter.

The pair separated in the year 1998 and divorced the same year. Her Ex-husband Bill died in May 2013.

Who is Anne Murray?

Anne Murray is a Canadian singer. She sings pop, country, and adult contemporary music genres. Anne is the first Canadian female solo singer to reach No.1 on the U.S. charts.

Also, she earned a gold record for her signature song ‘Snowbird‘.

She was born in the year 1945 on the 20th of June. She was born in a place called Springhill, Nova Scotia. Anne belongs to parents of different descent so she has a mixed ethnicity of Irish, Scottish, English, and French-Canadian.

She was born to her father James Carson Murray and her mother Marion Margaret.

As regards her family background, her father was a doctor. Similarly, her mother was a registered nurse. She has five brothers. Anne’s father died at the age of 72 from leukemia in 1980.

Anne has had an interest in music since her childhood. She studied piano for six years. She started taking her voice lessons at the age of six. Anne used to take a bus ride from Springhill to Tatamagouche, Nova Scotia, for singing lessons.

In which school did Anne Murray attend?

Per her education, she graduated her high school in 1962. After high school, she attended Mount Saint Vincent University in Halifax for one year.

Later she studied Physical education at the University of New Brunswick in Fredericton. She received her University degree in the year 1966.

Anne Murray appeared on the student project record of the University of New Brunswick ‘The Groove’. She auditioned audition for the 1960s CBC musical variety television show Singalong Jubilee, but she was not offered a singing position.

Two years later she was asked to return for the second audition of Singalong Jubilee by co-host and associate producer, Bill Langstroth. Later, she was cast for the show.

Anne Murray released her first album ‘What About Me’ in 1968. She released her second album ‘This Way is My Way’ in 1969. The same year She also recorded the song ‘Snowbird’ by the Canadian songwriter Gene MacLellan.

The song became a No.1 hit in Canada. Also, the song hit on the U.S chart. It also reached the No 8 position on the Billboard Hot 100 in 1970. she earned a gold record for the song. She became in demand for appearing on several television channels in Canada and the United States.

Anne had recorded several songs that charted both pop and country music. She gave several hit songs in the 1970s and 80s. Danny’s Song, A Love Song, and He Thinks I Still Care are some of her hits songs. She has also covered The Beatles songs like You Won’t See Me, You Needed Me, I Just Fall in Love Again, Shadows in the Moonlight and Broken Hearted Me which got the biggest hit.

Anne signed with a new manager, Bruce Allen in 1996. She recorded her first live album in 1997. In 1999. she released a platinum inspirational album What a Wonderful World. She also released an album I’ll Be Seeing You which features songs from the early 20th century through to the mid-1940s.

She released her album ‘Anne Murray Duets: Friends & Legends’ in November 2007 in Canada. Anne released the song in the U.S. in January 2008.In July 2008 Murray’s album What a Wonderful World was re-released. The same year she released A new Christmas album, titled Anne ‘Murray’s Christmas Album’.She appeared as a mentor on the popular TV program Canadian Idol on August 25, 2008.

Anne Murray released her autobiography titled ‘All of Me’ in the year 2009.

In the year 1995, she received Lifetime Artistic Achievement Governor General’s Performing Arts Award’.  In the year 2002, she was ranked No 24 on Country Music Television’s 40 Greatest Women of Country Music.

She received the ‘Canadian Songwriters Hall of Fame’ in the year 2006. Mount Saint Vincent University was granted an honorary degree On May 20, 2016.

How much does Anne Murray earn?

Anne has not been part of any rumors. There is no information about her rumors known. Also, she has not been dragged into any sort of controversy.

Anne Murray has a height of 5 feet 7 inches. She has blonde hair and hazel eye. Besides these, there are no facts regarding her body measurement.

Murray has quite huge followers on her social sites. She also has her website.

Judy Carne
Tags : Canadian singer Snowbird This Way is My Way What About Me