Anne Ramsay has kept the information about her personal life away from the media spotlight. There are no records available about her past relationships. At present, she is believed to be single. 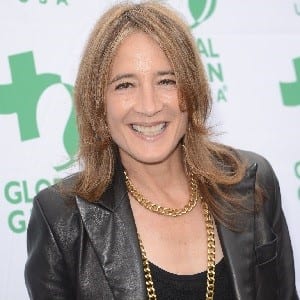 [on being an athlete] I've always been an athlete. Strangely enough I never really played softball in my high school / college career but I was athletic enough to learn baseball, which is what they taught us.

Who is Anne Ramsay?

Anne Ramsay is an American actress. People mostly know her role as Lisa Stemple on ‘Mad About You.’ Anne Ramsay shared a Screen Actors Guild Award nomination for the role. Additionally, she has also appeared in several other movies and television series including ‘Animal Kingdom’, ‘Hart of Dixie’, ‘The Secret Life of the American Teenager’, and ‘The Truth About Emanuel’ among others.

Ramsay was born in Los Angeles, California as Anne Elizabeth Ramsay on September 11, 1960. Throughout her childhood years, she grew up in La Habra. Additionally, she developed an interest in the world of acting since her childhood years. She is of American nationality. Furthermore, she belongs to a mixed ethnic background of Northern Irish, Scottish, English, German, and Hispanic.

Talking about her education, Ramsay studied theater at UCLA. In addition, she graduated with a bachelor’s degree.

Ramsay initially landed her first professional role in an industrial film. Additionally, she also worked with an acting group called ‘The Continuum.’ In 1987, Anne had roles in ‘Unfinished Business’ and ‘A Year in the Life.’ She appeared as Tanya in the TV series ‘Mr. Belvedere’ and as Limo Driver in ‘Something Is Out There’ in 1988. In 1989, Ramsay appeared as Kelly in the TV series ‘Hunter. Since then, she has appeared in numerous other movies and television series. All in all, she has over 70 credits as an actress.

Some other movies and television series that Ramsay has appeared in are ‘I’m Sorry’, ‘Good Girls Get High’, ‘7 from Etheria’, ‘StartUp’, ‘Animal Kingdom’, ‘Hart of Dixie’, ‘State of Affairs’, ‘The Taking of Deborah Logan’, ‘Extant’, ‘Hunt for the Labyrinth Killer’, ‘The Secret Life of the American Teenager’, ‘The Truth About Emanuel’, ‘Franklin & Bash’, ‘Drop Dead Diva’, ‘The Finder’, ‘Hawthorne’, ‘The Last Rites of Ransom Pride’, ‘Off the Ledge’, ‘Castle’, ‘Wizards of Waverly Place’, ‘Wild About Harry’, ‘Dexter’, ‘The Human Contract’, ‘Ghost Whisperer’, ‘Tell Me You Love Me’, ‘Close to Home’, ‘A Merry Little Christmas’, and ‘Six Feet Under’ among others.

Ramsay garnered the Chainsaw Award nomination in 2015. In addition, she has also received the Fright Meter Award and Screen Actors Guild Awards nominations.

Ramsay has not revealed her current salary. However, she has an estimated net worth of around $ 2 million at present.

Ramsay has not been part of any notable controversies in her career. Furthermore, at present, there are no rumors concerning her life and career.

Talking about her body measurement, Ramsay has a height of 1.75 m. Additionally, she weighs around 57 kg. Furthermore, her hair color is blonde/dark brown and her eye color is dark brown.