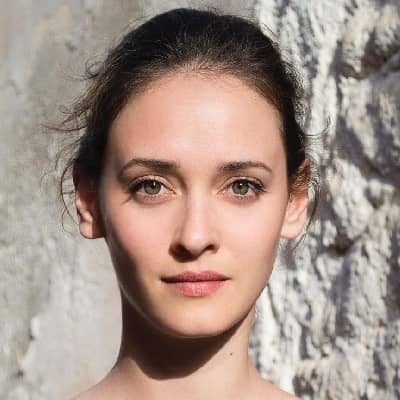 Anne Serra has not yet revealed her relationship status in the media neither she has introduced anyone as her boyfriend or lover. Thus, she currently appears to be Single.

Who is Anne Serra?

Anne Serra is a France actress and writer. She is widely recognized after appearing in the role of sister of Camille as “Sophie Berger” in a French television miniseries, The Innocents.

Lately, she portrayed the role of “Elena” in the 2020 French TV movie, Once Upon a time in Monaco and “Areski Woman” in the French film Lost Ball.

Anne was born in the 15th arrondissement of Paris, France on the 18th of May 1988. She holds French nationality whereas her ethnicity is unknown.

Anne hasn’t yet introduced her parent’s and sibling’s details in the media. However, her father is a musician by profession, and her mother is a painter.

Talking about her academics, she studied at Lycee Buffon in Paris. For further study, she enrolled at the University of Paris 8 from where she received a degree of baccalaureate in the year 2011 majored in communication.

Similarly, she enrolled in drama school of the 15th arrondissement of Paris from 2007 to 2010.

Anne started her career as a theater artist and starred in the play, Le Carton by Clement Michel at the Tristan Bernard theater which is directed by Arthur Jugnot and David Roussel. Afterward, the team played at Palais des Glaces and then toured throughout France. Prior to that, she has already appeared in the short film titled ‘The Web by Tatiana Buelna and Nicole Gil ‘ in 2003.

In 2013, she portrayed the role of Louise in episode 3 (Dancing Camping) of Camping Paradis, Season 5. In the same year, Anne made her big-screen debut in a French comedy film, Parenthesis where she was cast in the role of Alice. She gets her first leading role in the 2019 film, The Lion where she played Louise, alongside Dany Boon and Philippe Katerine.

Furthermore, some of her other creditable film and television series are,

Anne has managed to maintain a clean profile till now. She hasn’t been involved in any kind of rumors and disputes that create a huge buzz in the media.

Anne’s main source of income is her profession as an actress. As per other online sources, she has an estimated net worth of around $2.5 million. Further, her salary and other assets are still under review.

Similarly, Anne has a pretty hazel pair of eyes with dark brown hair.