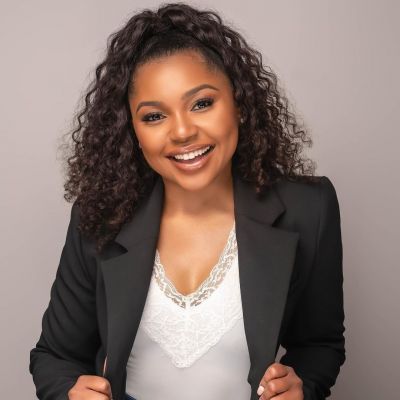 Anne-Sophie Petit is possibly single as of now. She hasn’t yet introduced anyone as her boyfriend or lover in the media.

It seems she is more focused on her career rather than being in a romantic relationship. In further days, if she revealed anything about her love life then we will update it.

Who is Anne-Sophie Petit?

She is a top-selling real estate agent at Allure Realty. Moreover, she is a Luxury Agent and Listing Specialist.

Petit rose to fame as the youngest cast member of the Netflix show, Selling Tampa.

Anne-Sophie was born on October 12, 1994, in Winter Park, Florida. Currently, she resides in Tampa.

She hasn’t yet disclosed her parent’s and siblings’ details in the media. Talking about her academic background, she received a bachelor’s degree in accounting from the University of South Florida.

Further, she holds American citizenship whereas her ethnicity is unknown at the moment.

Anne earlier worked as a rating analyst at Health Plan Service and a VMS Account Receivables Coordinator at Kforce Incorporated. In 2016, she started working as an Accounting Specialist at Greystar and within months she was promoted to the position of Property Accountant. Petit left the organization in 2018 to take up the Property Accountant post at Carter Validus.

Before joining Allure Realty, Petit has worked for a couple of other agencies including Exit. In late 2019, she joined Allure Realty LLC as a real estate agent. She has excellent interaction skills and is an expert at negotiations. Similarly, she is recently casting in the Netflix reality series, Selling Tampa which premiered on December 15, 2021.

Petit stays miles away from any sorts of rumors and scandals that create a huge buzz in the media. She hasn’t been part of such controversial matters to date.

Anne is living a lavish lifestyle. She earns almost $95,000 per year as a real estate agent. She has an estimated net worth of around $1 million as of 2021.

Further, her other earning are still under review.

Talking about Anne’s physical appearance, she has a brown complexion.  She stands at the height of 5 feet 4 inches tall.

Likewise, she has a black pair of eyes and brown hair color. Her weight and other body measurement aren’t available in the media.

The relator is active on Instagram under the username @annesophiepf where she has more than 38.1k followers.