Anne Thompson has kept the information about her personal life a secret as of now. There are no records available about her past relationships. At present, she is believed to be single. 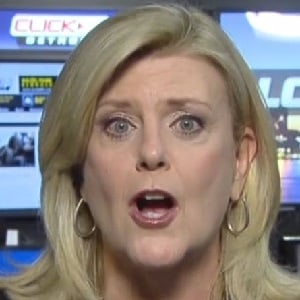 Who is Anne Thompson?

Anne Thompson is an American journalist. Currently, she is working for NBC News as Chief Environmental Affairs correspondent. She covers Environmental and Economic issues.

Thompson was born in the United States. There are no details available about her early life and childhood at present. She is of American nationality and Caucasian ethnicity. She has a sister, Mary Thompson.

Talking about her education, Thompson attended the International School of Brussels in Belgium. In addition, she also attended the University of Notre Dame. She has a Bachelor’s degree in Arts in American Studies.

Thompson began her career in journalism working for WNDU-TV in South Bend in 1979. After working there till 1983, she became a consumer reporter for NBC affiliate KSDK-TV. Additionally, she also worked in the NBC affiliate WDIV-TV from 1986–1997. Eventually, she joined NBC News in 1997. Initially, she worked as a National correspondent there.

Thompson was Chief Financial Correspondent from March 2005 to April 2007. Furthermore, she became the Chief Environmental correspondent in April 2007. Since then, she has covered numerous economic and environmental issues. In addition, some of the important events that she has covered include the 2010 BP Oil Spill in the Gulf of Mexico, the presidential campaigns of Democratic Senator Bill Bradley, and Republican Senator John McCain.

Thompson has a salary of $300k per year. Furthermore, there are no details available regarding her net worth.

Thompson made the news after it was revealed that Anne was diagnosed with breast cancer. At present, there are no rumors concerning her life and career.

Talking about Anne Thompson’s body measurement, there are no details available relating to Thompson’s height and weight. Her hair color is blonde and her eye color is blue.

Also know more about the early life, career, net worth, relationships, and controversies of other journalists like Mary Bruce, Axelle Francine, Andy Adler, Sharyn Alfonsi, and Dan Rather.