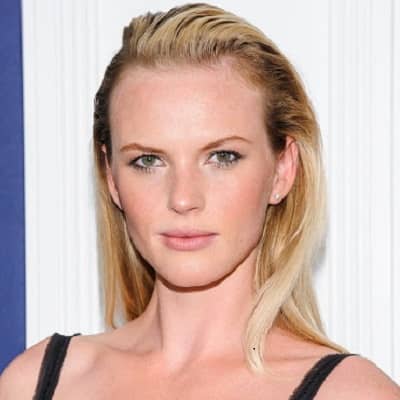 Anne Vyalitsyna’s current relationship is engaged with Adam Cahan. The couple got engaged in June 2016. They declared about the engagement via social posts.

Adam is a consumer technology executive who has worked as a Senior Vice President of Mobile and Emerging Products for Yahoo!

Pop band Maroon 5’s frontman, Adam Levine and Anne started dating in April 2010. They met each other at a Sports Illustrated swimsuit issue party. After two years in March 2012, their relationship came to an end.

Likewise, Anna also dated an American professional baseball pitcher, Matt Harvey. The duo first met at a New York Rangers game and started dating in May 2013. Their relation lasts up to January 2014.

Rumors about the Relationship

In the year 2005, Wayne Boich and Anne were rumored to be dating together.

And in 2012, Anne was rumored to have an encounter with Swedish actor, Alexander Skarsgard. The rumors began after they were spotted spending time together.

Then in 2013, she also received different rumors about dating a Scottish disc jockey, Calvin Harris for a couple of months.

Who is Anne Vyalitsyna?

Anne Vyalitsyna is a Russian model and actress. She is best known for her appearances for the 7 consecutive years from 2005 to 2011 in the Sports Illustrated Swimsuit issue.

Furthermore, she has also worked with musical acts like Maroon 5 and Alanis Morissette in their music videos.

Talking about her nationality, its Russian, and she belongs to Mixed (British and Russian) ethnicity.

In addition, she started modeling at the young age of 15 yrs. She must have completed her education with good academics. yet they aren’t revealed.

Anne Vyalitsyna is now a professional model who has worked in commercial campaigns for some of the top brands in the world. She has walked for several renowned fashion designers appearing in different popular fashion magazines.

She started her career professionally after winning a competition sponsored by IMG and MTV. Then she was hired by Anna Molinari, Chloé, and Sportmax. No sooner, her career flourishes featuring in covers of different magazines like Vogue, ELLE, and Glamour.

Furthermore, she has done modeling for various projects and appears on various ramps. Anne is also famous for her ramp walks in 2008, 2010, and 2011 Victoria’s Secret Fashion Shows.

Anne made her first appearance in the ‘Sports Illustrated Swimsuit Issue’ in 2005. She gets featured in it up to 2014 working for around 7 years.

It was in the year 2013, Anne made her acting debut from the action film A Good Day to Die Hard. The model has played as Brooke in Lullaby in 2014.

In the year 2004, Anne features in the music video for Alanis Morissette’s song Out Is Through (version 2). She also worked with Maroon 5 in the music videos for two of their songs, Misery (original and UK versions) (2010) and Never Gonna Leave This Bed in 2011.

Furthermore, the model also served as a coach in the second season of the Oxygen reality television modeling competition series The Face in 2014.

Anne has amassed a good amount of money from her modeling and acting career. Her net worth is around $6 million.

Further, she also earns from her endorsement with different brands like Calvin Klein, United Colors of Benetton, Versus, Victoria’s Secret, Würth, Yohji Yamamoto, Zara, and many more.

Her debut movie A Good Day to Die Hard becomes a commercial hit, earning $304.7 million at the box office against its $92 million budget.

The model receives various rumors about her dating life. She was dating different personalities like Alexander Skarsgard (Swedish actor) in 2012, and likely Calvin Harris, Scottish Disc Jockey in 2013 as per rumors.

Apart from it, Anne actress is far from being in any controversy until now.

Anne Vyalitsyna has a perfect figure with body measurements of 34-24-34 inches. To maintain her fitness, she always keeps working out and engages in activities like yoga, running, tennis, etc.

Likely, her Facebook page also holds more than 1M following. Furthermore, She has her own YouTube channel with over 1.89 subscribers.