Anne Wojcicki is an entrepreneur who co-founded 23andMe.

Previously, she was married to Google co-founder named Sergey Brin in May of 2007. In their marriage, they were blessed with two children named Benji Wojin and Chloe Wojin. Their divorce was finalized in June 2015.

Apparently, she seems to be enjoying a single life at the moment with no signs and rumors about her dating and affairs 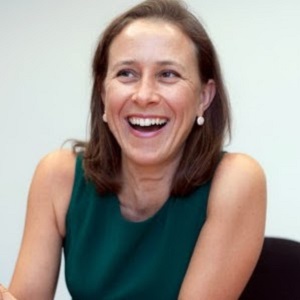 One of the things that got me interested in genetics was the relationship between genes and environment. We are all dealt a certain deck of cards, but our environment can influence the outcomes.

A solid foundation in genetics is increasingly important for everyone.

There's massive government initiatives going around the world, and you see that there's a real enthusiasm for genetics.

Who is Anne Wojcicki?

Anne Wojcicki is an entrepreneur who hails from Canada. She gained a lot of popularity and fame as the co-founder and chief executive officer of the popular company named 23andMe.

Anne was born on July 28, 1973. Being born in San Mateo County, California, U.S, her nationality is American. Her parents are Stanley Wojcicki and his wife Esther Wojcicki. Her ethnicity is Caucasian.

She grew up alongside her two sisters named Susan and Janer Wojcicki. Furthermore, she was described by her parents as bright and talented since her early life and childhood.

Reflecting on her education and qualifications, she completed her earlier schooling at Gunn High School in Palo Alto, California.

Later on, she enrolled at Yale University and graduated with a B.S. in biology in the year 1996.

After graduating, Anne Wojcicki started working as a healthcare consultant at the company named Passport Capital investment fund based in San Francisco.

She served as a health care investment analyst for more than four years. During her time there, she saw companies overseeing healthcare investments and mostly focusing on biotechnology companies. She quit in 2000 after seeing these attitudes of companies in Wall Street.

Astoundingly, she co-founded 23andMe partnering alongside Linda Avey in the year of 2006. 23andMe is a privately held personal genomics and biotechnology company, situated in Mountain View, California. The company got its name for the 23 pairs of chromosomes which can be found in a normal human cell.

As a result of a successful career for such a long time, it has presented her fame as well as fortune. As of 2022, her net is estimated to be an astounding $800 million.

The company’s genome test kit was awarded “Invention of the Year” by a prestigious Time magazine in the year of 2008.

Anne has always maintained an admirable and charitable image in his career earning her a good and respectful reputation.

However, she was in the headline news after her breakup with former New York Yankees star Alex Rodriguez. They have kept silent over this matter not revealing anything about the reasons for their split after just a year of dating.

Moving towards her body measurements, Anne Wojcicki has brown eyes and her hair color is also brown. Besides this, She has a height of 5 ft. 6 inches and weighs 56kg. There is no information about her shoe size and dress size.