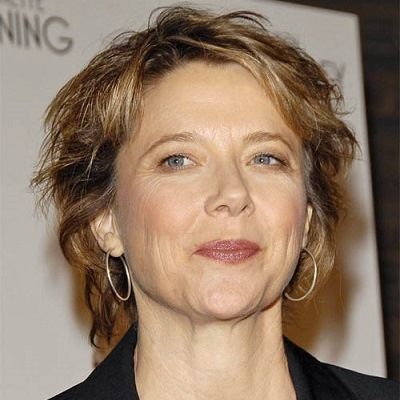 I think where I've instinctively found myself is that I am somewhat guarded in my public life. Being interviewed or being photographed or just in public attention, I have a certain reserve. But when I'm working I feel like I'm very open. At least I like to believe that I feel like nothing is held back when I'm in front of a camera. That's my job.

I remember hearing someone say that good acting is more about taking off a mask than putting one on, and in movie acting, certainly that's true. With the camera so close, you can see right down into your soul, hopefully. So being able to do that in a way is terrifying, and in another way, truly liberating. And I like that about it.

It used to be the one or the other, right? You were the 'bad girl' or the 'good girl' or the 'bad mother' or 'the good mother,' 'the horrible businesswoman who eschewed her children' or 'the earth mother who was happy to be at home baking pies,' all of that stuff that we sort of knew was a lie.

Previously, she married J. Steven White on May 26, 1984. The couple stayed together for six years, the couple got divorced in 1991.

Later, she married actor and filmmaker Warren Beatty on March 3, 1992. The couple has four children, Stephen, Benjamin, Isabel, and Ella.

Who is Annette Bening?

Annette Bening is an eminent American actress. Annette is known for her performance in the movie ‘American Beauty’.

She won the BAFTA Award for Best Actress and the Screen Actors Guild Award for Performance by a Female Actor.

She graduated in 1975 from Patrick Henry High School, where she studied drama.

She started working for the Colorado Shakespeare Festival company in 1980, she joined the ‘American Conservatory Theatre’ in San Francisco. She spent with the ‘Denver Center Theatre Company’ and starred in ‘Macbeth’, ‘Pygmalion’ and ‘Cherry Orchard’. She made her off-Broadway debut as the protagonist in the play ‘Coastal Disturbance’.

She made her television debut by appearing in the television film ‘Manhunt for Claude Dallas’, which was followed by two television series ‘Miami Vice’ and ‘Wiseguy’. She played Liberty’s Kids for the role Abigail Adams, he hosted herself for Saturday Night Live.

Bening appeared on Broadway in a leading role in ‘Coastal Disturbance’, she made her film debut in ‘The Great Outdoors’, which was followed by the Colin Firth-starred drama film ‘Valmont’ as Marquise de Merteuil.

She got her leading role, as Virginia Hill opposite Warren Beatty in ‘Bugsy’. She worked with Beatty in ‘Love Affair’. She characterized Queen Elizabeth in ‘Richard III’ and Sydney Ellen Wade in ‘The American President’, ‘Mars Attack’, ‘The Siege’, ‘In Dreams’ and ‘American Beauty’.

She began the sci-fi film ‘What Planet Are You From’ and action movie ‘Open Range’ as well as the television film ‘Mrs. Harris’. Her roles in the films ‘Being Julia’ and ‘Kids Are All Right’.  She appeared in movies like ‘Running with Scissor’, ‘The Women’, ‘Mother and Child’.

She appeared as Goneril in ‘King Lear’ at the famous Delacorte Theater, New York City. She continued to star in films like ‘Ruby Sparks’, ‘Girl Most Likely’, ‘The Face of Love’ , ‘The Search’,‘Danny Collins’.

Benning released  ‘Georgetown’, and another film ‘Hope Gap’ is currently in the pre-production stage. She was seen in the twin roles of Supreme Intelligence and Dr. Wendy Lawson in the superhero movie ‘Captain Marvel’.

Annette has an estimated Net Worth of around $48 million. Her earning sources are acting, writing and earns $37,430 and above as actress.