Annette O'Toole is an American actress, dancer, and singer-songwriter. Annette is married and has two kids. 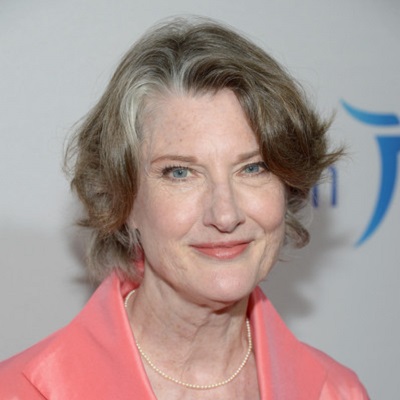 I made a plaid sweater for my husband years ago that was a lot of work. It was a shawl collared cardigan. I used brown and what I THOUGHT was a rust color, but it was very RED when I got it home, but I used it anyway. It looked like a tablecloth. He never wore it (did not blame him at all, it was hideous). It’s all ripped out now

Knitting is so calming and meditative for me. I cannot imagine my life without it. It has helped soothe me all my life.

Annette O’Toole is a married woman. She exchanged vows on 20 March 1999 to an actor and comedian, Michael McKean. She is the step-mother of Colin McKean and Fletcher McKean.

Michael saw her for the first time in screening. They knew each other and were in talking terms. Later, they did a 1985 movie named Final Justice together and went for a Van Morrison concert.

Then he finally asked her out and they went for a date in LA and went shopping for a boot together.

Before marrying Micheal, Annette wed actor Bill Geisslinger on April 8, 1983. They together had two children, Nell and Anna.

But their marriage only lasted for 10 years and they divorced each other in 1993.

Who is Annette O’Toole?

Annette O’Toole is an American actress, dancer, singer, and songwriter. She is popular for her acting in TV series  Nash Bridges, It miniseries, and Superman III.

Annette has seen in 2019 movie Blow the Man Down and TV series Virgin River.

Annette and her husband Michael have sung and wrote What Could Be Better for 2004 Disney’s children album A World of Happiness. She has also performed for a band like Spinal Tap.

Annette first appeared on the small screen in 1967 in My Three Sons but only for an episode. After this, she appeared in several TV films and series.

She has an estimated net worth of $4.5 million US.

The average salary of actors in the USA range from $19k-$210k US per year.