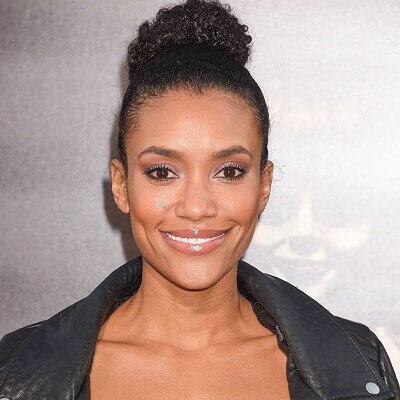 Previously, she has been in relationship with Shaquille O’Neal and she also dated Brandon T Jackson.

Shaq is a retired basketball player who played for the Los Angeles Lakers of the NBA. He is widely regarded as one of the best basketball players in history. The couple dated in 2019 and were seen in different places together. However, they have now broken up for some unknown reasons.

She had an affair with an American stand-up comedian, Brandon T. Jackson.

Annie Ilonzeh is an American actress. She is well-known for her roles as Maya Ward in General Hospital, Kidada Jones in All Eyes on Me, Emily Foster in Chicago Fire, and more.

Annie Ilnzeh was born as Annette Ngozi “Annie” Ilonzeh on August 24, 1983, in Grapevine, Texas. As of 2020, her age is 36. She was born to parents, Christian Ostita Ilonzeh(father) and Annette Louise(mother).

She is the eldest of her parents five children. The actress has four younger sisters, Christina Ilonzeh, Emily Ilonzeh, Laura Ilonzeh, and Jennifer Ilonzeh.

She spent her childhood days with her sisters in Grapevine, Texas. Her ethnicity is Nigerian, Polish, English.

Talking about her educational background, she went to  Colleyville Heritage High School.

In college, she studied finance. Following that, she joined the University of Texas at Arlington on a basketball scholarship.

Annie Ilonzeh started her career in the entertainment world in 2007. Her debut came in an episode of the famous sitcom, ‘How I Met Your Mother’. Following that, she had small roles in movies such as Miss March, He’s Just Not That Into You, and Percy Jackson & the Olympians: The Lightning Thief.

In September 2011, she got the role of one of the Angels on the reboot of the famous 70s show, Charlie’s Angels. However, after a lot of negative responses and criticism, the show had to be canceled after just four episodes. Following that, she had a recurring role in the popular series, Arrow.

In 2012, she had yet another recurring role. This time in the drama series, Switched at Birth. The following year, she landed the leading role in the television film, Killer Reality. Some of her other series in which she had recurring roles include Beauty & the Beast, Drop Dead Diva, Person of Interest, Empire, etc.

Ilonzeh got her movie breakthrough in 2017 with the drama, All Eyez on Me about Hip-Hop legend, Tupac Shakur. She portrayed Kidada Jones in the biographical drama.

In 2018, she appeared in the thriller, Peppermint. Moreover, she also landed the major role of Emily Foster in Chicago Fire. The NBC drama is very popular and her character, Emily is one of the leading characters of the series.

Ilonzeh has been cast in the lead role on the ABC drama, ‘Staties‘. It was filmed in 2018 but is yet to be released.

Annie Ilonzeh has an estimated net worth of around $5 million. There is no information about her salary. An actress in America earns around $45k per year. However, Anna is expected to earn a lot more than that.

Her hair color is black and her eye color is brown.

You may also like to read the Bio, Career, Social Media, Body Measurements, Relationships, Net Worth, and more about Brandon T Jackson, Julianne Phillips, Delta Burke, and more.