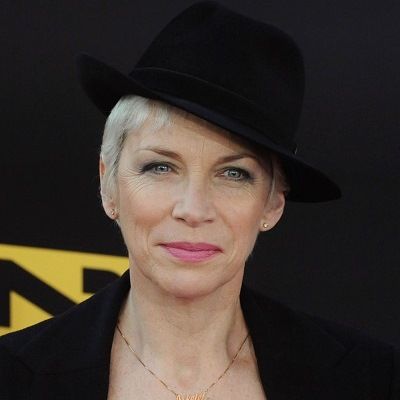 What did you expect? I'm human

I feel what anybody else feels. There is a big difference between what I do onstage and what I do in my private life. I don't put my living room on magazine pages. I'm not intensely private - I talk a great deal about my life and my work - I just don't play the game to excess.

Historically, the image of women in pop music has been so totally ornamental - sexual, but predictably so. It's hard to tell how far women's individuality has come in the past twenty years. Certainly, if you look at the pop charts as a measuring stick, you'd think it hasn't come far at all. But women do feel less like victims now than they did twenty years ago. At heart I'm a feminist, but I'm also a feminist for men. Men should be liberated from the roles that are foisted on them also.

Who is Annie Lennox?

Annie Lennox is an eminent Scottish singer-songwriter, political activist and philanthropist. Likely, she rose to prominence as a musician when she collaborated with fellow singer David A. Stewart to form the duo Eurythmics.

Annie Lennox was born in  Aberdeen, Scotland on December 25, 1954, and she is currently 64 years old. Her father’s name is Thomas Allison Lennox who worked at the shipyard and her mother’s name is Dorothy who worked as a cook. She displayed an early interest in music and her parents arranged for her to receive piano lessons when she was seven.

There is no information about her siblings. Annie holds Scottish- British citizenship and mixed (Scottish- English) ethnicity. Her birth sign is  Capricorn.

Talking about Annie’s education history, she went to Aberdeen High School for Girls.

Talking about her profession, she started her musical career as a flautist with a band called Dragon’s Playground in 1976. Then she joined a group, The Tourists, where she was the lead singer from 1977 to 1980. Additionally, she met fellow musician David Stewart during this time.

Then, after the break up of The Tourists, David and Annie formed their own musical duo known as the Eurythmics in 1980 and released their first album, ‘In the Garden’ in 1981. The duo brought out its second album, ‘Sweet Dreams (Are Made of This)’ in 1983.

Likewise, over the 1980s, Eurythmics released several albums and singles which included the highly popular tracks ‘Love is a Stranger’, Who’s That Girl?’, ‘Would I Lie to You?, and ‘Thorn in My Side’. The duo disbanded in 1990. Eventually, Annie embarked on a solo career in the 1990s and released her debut album, ‘Diva’ in 1992. The album was a huge success, both commercial and critical. It had the singles ‘Why’ and ‘Walking on Broken Glass’.

It peaked at No.1 on the U.K. Albums Chart. The decision to work together again and released the album ‘Peace’ in 1999 which reflected the duo’s concern with the issues of world peace.

Likely, her third solo album ‘Bare’ was out in 2003. It reached No.3 in the U.K. and No.4 in the U.S. She went on a tour as a solo artist to promote her album and visited places in both the U.S. and Europe. During 2007, she brought out her album ‘Songs of Mass Destruction’ which debuted at No.7 in the U.K. She embarked on a primarily North American tour called ‘Annie Lennox Sing’ in October-November 2007 which included 18 stops.

Moreover, her latest studio album is ‘A Christmas Cornucopia’ which was released in 2010. The album is a collection of her favorite Christmas songs and contains one original track written by her. She established The SING Campaign to raise funds and awareness for women and children suffering from HIV and AIDS.

She won the Academy Award for Best Song for ‘Into the West’ from the film ‘The Lord of the Rings: The Return of the King’ in 2004. She had collaborated with Fran Walsh and Howard Shore on this song which also won a Grammy Award and a Golden Globe award. She was presented with the American Music Award of Merit for her humanitarian efforts in 2008.

Annie Lennox has an estimated net worth of around $60 million and she has earned that sum of money from her professional career.

Annie does not like to harm others and has not been involved in any rumors and controversies in her personal life and professional life.

Annie Lennox has a height of 5 feet 9 inches and she weighs is 56Kg. Additionally, she has a measurement of 36-27-34 inches and her bra size is 36B. Annie’s hair color is light blonde and her eyes color is green.