Annie Potts is an actress of Ghostbusters (1984). 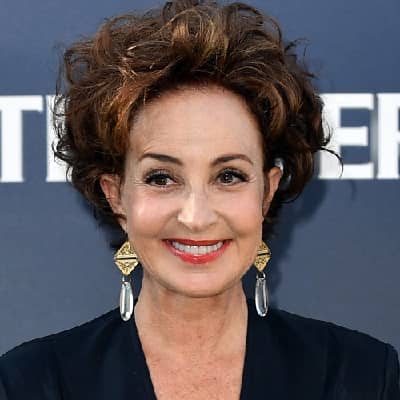 Annie Potts is married four times and divorced thrice. Her current husband is James Hayman who is a director and producer.

They exchanged vows on 02 Sep 1990 and have two children together. Their first child, a son James Hayman was born in 1992 and then in 1996, their second kid was born Harry Hayman.

Annie first married Steven Douglas Schwartz on 26 Aug 1973 but they divorced after 5 years in 1978.

Then she walked the aisle with TV actor Greg Antonacci on 21 June 1978.

This marriage lasted only for two years and they got separated in 1980. Annie’s third husband was an assistant director named B. Scott Senechal. Their wedding held on 28 Feb 1981 and had a child Clay Samuel Senechal (b. 1981).

Who is Annie Potts?

Annie Potts is an American actress. She appeared in projects like Corvette Summer (1978), Heartaches (1981), and Ghostbusters (1984) which make her popular among the public.

Since 2017, she is playing the character of Meemaw in the TV show Young Sheldon.

She was born as Anne Hampton Potts on 28 Oct 1952 in Nashville, Tennessee, United States. The identity of her father was Powell Grisette Potts and her mother was Dorothy Harris Billingslea.

Regarding academics, she has attended Franklin-Simpson High School and Stephens College.

From the latter, she passed out with a bachelor’s in fine arts in the theater. Moreover, she enrolled at the California Institute of the Arts.

Her appearance for an episode can be seen in shows like Johnny Bravo, Ugly Betty, Grey’s Anatomy, Young & Hungry, Scandal, and more.

Annie’s debut movie was Corvette Summer (1978) and she played the role of Vanessa. Her other big-screen projects are,

Her two movies Ghostbusters: Afterlife and Arlo the Alligator Boy are under post-production and will release in 2021.

She has a net worth of $8 million (estimated) as of the year 2021. The salary and earnings from her career are not disclosed.

She had once endorsed brands like Jolly Time Popcorn, One-A-Day, Biography Channel, Nestlé Purina PetCare, and Pop Secret Popcorn. Some of the top actress’s net worth is,

This actress is keeping herself away from rumors or any desperate scandals. But she experienced a terrible accident with her ex-husband Steven.

They two were on their Volkswagen bus and got hit by 2 drivers who were drag racing. Annie’s waist-down bones were broken and Steven lost a leg.

Regarding Annie Potts’s body features, her height is 5 ft 3 inches and her body weight is 52 kg. Moreover, her eyes are light brown and her hair is light brown.

What happened to Annie Potts?