Anno was in love with actress Milla Jovovich. He fell in love with her while visiting his father on the film set of The Messenger: The Story of Joan of Arc.

The pair wrote and recorded various songs together. Later, she even wrote, ‘I remember the absolute wonder I felt when he first wrote to me. I was bowled over by his choices, his words.’ 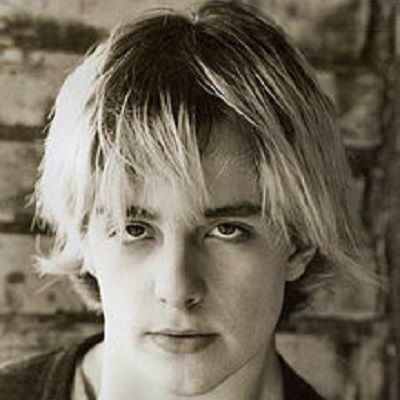 Who is Anno Birkin?

Anno Birkin was an English musician and poet. He was loved by many before he and his bandmates’ unfortunate death in a car accident. There is a charity called Anno’s Africa in his name.

Birkin was born on 9 December 1980, in London, England. He was aged 20 when he left the world. Anno’s father is Andrew Birkin. Additionally, his mother’s name is Bee Gilbert.

He has one brother, Ned Birkin. Additionally, he has three half-siblings,  David Birkin, Melissa Holm, and Barnaby Holm. His ethnicity remains unknown. Anno is of British nationality.

There is no information on Anno’s educational background.

Birkin formed his first band, Midstream in 1994 with his school-friends, Billy Scherer and JS Rafaeli. However, they split up in 1996.  He formed another band, ‘Durango 95’ the same year, but split up in the year 1997.

While visiting his father, Andrew on the film set of The Messenger: The Story of Joan of Arc, Anno fell in love with the actress Milla Jovovich. The two wrote and recorded various songs together. Later, she even wrote, ‘I remember the absolute wonder I felt when he first wrote to me. I was bowled over by his choices, his words.’

During the summer of the year 1999, Anno wrote and recorded several songs, both solo and with Scherer. Anno Birkin two wrote Ultraviolence with Scherer that led to a recording offer from Virgin. However, they turned it down and in August, they formed ‘Flying Mango Attack with bassist’ Lee Citron and drummer Christian Smith-Pancorvo. Together, they recorded the album Karmageddon. Following this, the band briefly broke up after various drummers came and went.

In September of 2000, Anno, Scherer, and Citron met the Italian drummer Alberto Mangili and formed a band and named it Kicks joy Darkness. The band began performing in the late 2000s and in December, they recorded an EP named Ark.

The following year, he traveled around India with his brother David. He wrote poetry and songs on his trip. After that, Anno Birkin returned to England and started a series of gigs with his band. They quickly built up a fan following in London.

The band decided to record their first studio album, Method One. Moreover, they played their farewell gig at the Dublin Castle in London before heading to Italy in August.

Anno also wrote to Weeks, “Everything has fallen into place around my skull thanks to this opportunity. For the first time in my life I feel like I know what I’m doing, and I’m doing what I know. The fear and anxiety and excitement I’m feeling at the moment is bursting me.”

Anno Birkin was yet to win any awards or nominations before his untimely demise.

There were no rumors or controversies surrounding him,

Anno has an estimated net worth of around $35 million. Furthermore, he had an annual income of about $10 million. He had earned such a big net worth

Anno Birkin had brown hair and brown eyes. There is no much information regarding his height, weight.

You may also like to read about the bio, career, net worth of Diana Krall, Jimmy Page, Ringo Starr.