Updated On November 25, 2022 | Published By: Alisha Ghram
Share this
In Relation 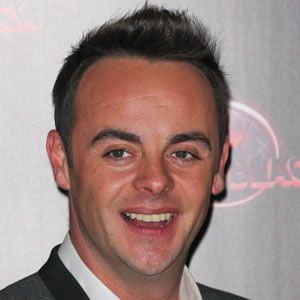 We're really excited to be partnering with Santander. They presented us with a really fun creative which we couldn't resist, who would say no to having their own bank brought to life.

Who is Ant Mcpartlin Dating?

McPartlin is in a relationship. He is dating Anne-Marie Corbett since Jul 2018.

Anthony was dating make-up artist Lisa Armstrong. And he married his longtime girlfriend Lisa Armstrong On 22 July 2006 at Cliveden, a country house hotel in Buckinghamshire.

They were together for 11 years. But eventually on 15 January 2018, they announce their divorce and separated.

Who is Ant Mcpartlin?

He is more popular also for paring up with Declan Donnelly when presenting the duo Ant & Dec. He came to prominence with Donnelly, in one of the famous children’s drama series Byker Grove.

Moreover, his shows include Ant & Dec’s Saturday Night Takeaway in 2002, and Britain’s Got Talent in 2007.

Anthony McPartlin was born on November 18 in 1975. His birthplace is Newcastle upon Tyne, England. His mother’s name is Christine Woodhall.

Likewise, his father’s name is Raymond Mcpartlin. He also has a sister, Sarah, and a half-sister, Emma in the family. The actor belongs of British nationality.

He was only 13 yrs old when he came to the limelight. Mcpartlin played PJ is one of the Children’s BBC series named Byker Grove.

Talking about his education history, he studied at Wingrove Primary School in Fenham.

He has made his first appearance on TV working as a comedian on the workshop program called Why Don’t you? He met Declan Donelly first time when he was cast as Duncan. from there they became best friends on set and off.

The pair is very hugely popular on the show. But after working there for some time, they leave it in 1993. Then they went on to become musicians.

They had a hit with Let’s Get Ready to Rumble in 1994. The pair was so popular and presented different popular 90s TV show.

SM: TV Live also has their great duo performance and in Friends Like These and Pop Idol. In 2006, the debut on the movie, Alien Autopsy and also made a cameo appearance in Love.

In 2007, it was said that their shows, Ant & Dec’s Saturday Night Takeaway and Ant & Dec’s Gameshow Marathon, received defrauded viewers who were participating in phone-ins. No sooner than April 2009, Ant & Dec got the international limelight.

Then they worked as the backstage commentators for Britain’s Got Talent. Since then, they started receiving a different chance to present different great shows.

They are well recognized by all for their presentation on Britain’s Got Talent, Saturday Night Takeaway and likewise, and I’m a Celebrity. They also have won several accolades for the shows.

Talking about this tv show works, it includes The Cinder Path, CD: The UK, Slap Bang with Ant & Dec, Engie Benjy, Whatever Happened to the Likely Lads, Soccer Aid, Red or Black? Text Santa and The Prince’s Trust. McPartlin has also worked on different TV advertisements.

McPartlin was appointed for the post as an Officer of the Order of the British Empire (OBE). And his services there were just to provide entertainment and broadcast it.

Donelly and Anthony are also the sponsors of the charity Sunshine Fund. Their singles, Let’s Get Ready to Rhumble had reached no.1t.

And they donated the success of their single to the charity, ChildLine. Recently in 2013, building their career more in social service, they opened the W4 Youth Centre which supports the charity, Text Santa as well.

Moreover, he gets the TV Quick & TV Choice Awards for Best Entertainment Show for his performance on Saturday Night Show.

Then in 2008, he receives Nickelodeon UK Kids Choice Awards 2008 for Favorite Funny Person and various others.

Ant Mcpartlin: Salary and Net Worth

He has built a great career and has various the great contribution. His net worth is $60 million as of 2022. And his salary is unknown.

He is rumored to be dating Scarlett Moffatt. Others rumors are not spread about him and he seems to have a balanced professional life.

McPartlin stands with a height of 5 feet 8 inches but his weight is unknown.

And he has blue color eyes and dark brown color hair.

Also get to know about the biography of  William Monahan, Martin Sheen, and James Dreyfus.