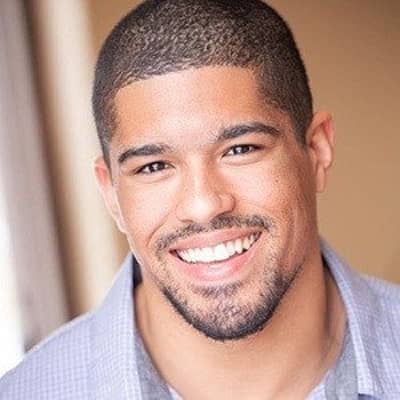 “I came out as bisexual, which was a very real thing,” he said in the video. “I identified as bisexual because I really didn’t know much about the LGBTQ community. I didn’t really dive into much because I was closeted. So the closest thing that I knew that I could relate to based upon that time period of my life was bisexual.”

What is the relationship of Anthony Bowens?

He and his boyfriend often feature on each other Instagram posts. Recently they were seen together in protest of a homophobic group where they kissed each other to eliminate the hate against Gay people.

Anthony said he is bisexual in the year 2017, but as of now, he identifies himself as Gay.

Who is Anthony Bowens?

He is also an influencer who has thousand of followers on his social media accounts.

His birthdate is 18 Dec 1990 and he was born in Nutley, New Jersey, the US. The name of his mother as well as his father’s identity is unknown.

Further, Anthony’s ancestry is unknown and has a brother named Greg.

As per his academics, he passed out from Nutley High School. Then he went to Montclair State University.

Anthony Bowens started his work journey as a baseball player that he played for 11 years. Another wrestler, Santino Marella convinced him to try for a wrestler, so he went for it.

Then he got his training from famous trainer Pat Buck in 2012. A year later, he did his debut and is currently signed for five years to All Elite Wrestling company. In 2016, he was seen wrestling in World Wrestling Entertainment with Akam & Rezar.

By the 2022’s figures, he has an estimated net worth of $1.5 million. However, his per month salary is not yet calculated.

This wrestler & actor is keeping himself away from scandals as well as rumors.

Anthony Bowens’s height is 5 ft 10 inches and his body weight is 102 kg. Furthermore, he has black hair and eyes in brown color.

Anthony is officially present on social sites such as Instagram and Facebook with over 90k and 3.4k followers respectively.

Also on Twitter, he has over 34k followers. He runs a YouTube channel with his boyfriend named Michael & Anthony that is subscribed by over 210k people.