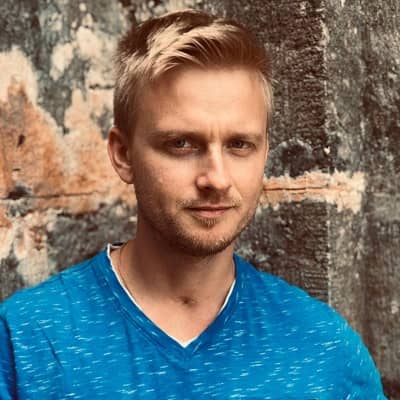 Anthony Fedorov may in love with someone or have a crush on someone but information about his past relationship is not available.

On December 25, 2012, Fedorov was married to his girlfriend, stage actress Jennifer Paz. His wife Julian Paz Fedorov and he has a child. Their son, was born on April 1, 2013.

Who is Anthony Fedorov?

Anthony Fedorov is an actor and American singer, former lead singer of Chicago’s 7th Heaven band. He exploded to fame as the fourth finalist in the fourth season of the American Idol.

Anthony was born in Yalta, the SSR of Ukraine, and the Soviet Union. His real name is Anatoliy Vladimirovich Fedorov. Vladimir Fedorov is his father and Natalia Fedorov is his mother.

In 1994 his family moved to the United States when he was nine years old along with his older brother Denis, living in Florida and Brooklyn, New York, and then settling down in the Philadelphia suburb of Trevose, Pennsylvania.

As a boy, he had a tracheotomy due to a birth defect in his windpipe, from which a scar is still visible.

Despite the skepticism that he would not be able to talk again, he recovered and started to sing at an early age. He’s a tenor and he can play the piano and the guitar.

Fedorov is fluent in both Russian and English. He can sing in Spanish and Italian, too. Sadly his brother died in September 2006 from cancer.

He graduated from Neshaminy High School in 2003 and went to Bucks County Community College.

Fedorov was an American Idol contestant in the spring of 2005 season. Of all the American Idol auditioners, he was well known for singing ballads, something that all three judges consider to be his best style.

After singing “I’m Already There” by Lonestar and “If You Don’t Know Me By Now” by Harold Melvin & the Blue Notes during Country Music/Gamble and Huff week, Fedorov has voted off the show on May 11, 2005.

Many claim that his performance of “If You Don’t Know Me By Now” was one of his best performances, having been on-key during the entire song and earning judges’ praise. It was considered one of his most successful, along with his presentations of “I Surrender” by Celine Dion and “Any Time You Go Away” by Paul Young.

In June 2006, along with American Idol season 2 finalist Carmen Rasmusen, Fedorov finished in third place as a contestant on NBC’s Fear Factor special Reality TV version. He has performed in four episodes of Triple Threat, which aired on September 26, 2006, on MTV’s Little Talent Show.

Federov toured across the eastern United States in April 2009 with the “Ballroom with a Twist” production.

He performed at the BMI Latin Music Awards honoring Gloria Estefan in March 2009.

Anthony gave a solo concert at The Bitter End in New York City in December 2011.

It was declared on January 1, 2013, that Fedorov would be replacing Keith Semple as 7th Heaven’s new lead singer. Currently, the band performs three to seven shows in the Chicago area a week. On June 11, 2013, their album Synergy, with Fedorov on lead vocals, was released. It was decided by both sides on August 22, 2013, that they would immediately part ways.

Fedorov played the role of Sailor/Insurgent 1 in 2011 in the Russian-language Katya short film, directed and written by Mako Kamitsuna. The film was shown throughout the year at numerous festivals.

Until today he has not won any awards or nominated for his songs or his works.

As of 2020, Anthony Fedorov has an estimated net worth of $7 million and the main source of income comes from his singing and acting.

Rumors of a love affair between Fedorov and the final winner, Carrie Underwood, overshadowed the season’s debates following the show.

The reports were triggered by the reaction of Underwood to the departure of Fedorov when she sobbed freely and was seen saying “I love you” to him on television.

The rumors were rejected by Fedorov and Underwood, claiming that they had a relationship like “brother and sister.”

Anthony Fedorov is a very handsome guy, he is 5 feet 10 inches tall, he weighs around 69 kg, he has a pair of blue eyes and blond hair. His body physique is slim and his shoe size is 10(US)

You may be interested to read the bio, age, net worth, education, controversy of Danny Jones Penniman, Tyler Rich and, Bryan Singer.