Anthony Green is a singer and musician who is with Circa Survive, Saosin, and The Sound Of Animals Fighting.

Anthony Green is married to Meredith Green. Recently he lives in Doylestown, Pennsylvania with his wife and his three children. His three sons are William, Luke, and James.

Before meeting Meredith he was having struggled with alcohol abuse and heroin addiction. It has been more than 15 years of togetherness with his wife. 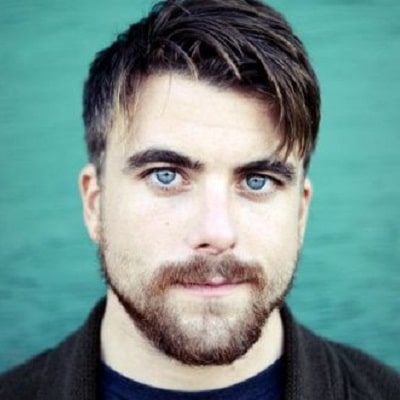 Who is Anthony Green?

Anthony Green is a talented singer as well as a musician from America. He is known as the lead singer of Circa Survive, Saosin, and The Sound Of Animals Fighting.

He is also a solo artist, songwriter,  guitarist, and well-known metal singer. Furthermore, he is also ranked in the list of 308 ‘most popular Metal Singer’.

Anthony Green was born on April 15, 1982. His birthplace is Doylestown, Pennsylvania, United States. As of 2021, he is 39 years of age. His ethnicity is Caucasian. Green is from America as his nationality is American. His zodiac sign is Aries.

His father’s name is David Green who was an opera singer and his mother is Audrey Helen Green who was an instructor musician. He has also one brother. Green’s brother was the first person who introduced him to the music of Dire Straits, Led Zepplin, Jimi Hendrix, and another artist.

As talking about his childhood, he started his first singing at the age of 7. He has also performed with his classmate with the band Audience of One in 1997.

During his high school, he formed his first band with his classmate and musician Tommy Dougherty in 1997. In his first band, he was on bass and vocals and his friend Tommy was on guitar as well they recruited Evan Madden as a drummer.

Green performed his first show named ‘Days Away ‘ in the summer of 1998. In 2002, he has recorded four songs EP at Ratti’s Skylight Studio in Fairless Hills, PA. From 2004 to 2008, Green became part of another side project with the members of Finch, Rx Bandits, Days Away, and Chiodos.

In December of 2007, he has also announced that he is planning to record his first solo album. He released his record, Avalon, on August 5, 2008, later he announced to released his second solo album as Beautiful Things in September 2009. Likewise, he keeps on releasing his fourth solo album in 2016.

The net worth of Green has estimated at $2 Million dollars. He has made a good amount of income through his successful career. His primary source of income is through his primary career as Singer, Songwriter, and Musician.

Anthony has got a well-maintained athletic body. He stands at heights of  6 feet and 3 inches (190cm / 1.90m ) and weighs 87 kg.  His eye color is blue and his hair color is grey. His exact body measurements are not available.

Anthony Bourdain’s new paramour, his comments on President Donald Trump and his fondness for street foods: Read on here!