Popular for his shows like Comedy Central, The Jeselnik Offensive, and others. 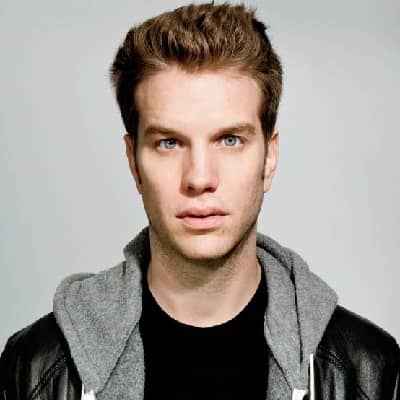 The world is full of horrible things that will eventually get you and everything you care about. Laughter is a universal way to lift your head up and say: 'Not today, you bastards.'

Do whatever you want, whenever you want to do it and, as long as you look confident, no one will give you any shit. Put that on the back of a locket, then swallow it.

It's not that big of a deal. It's just comedy. They're just jokes.

There's so many different comics. It's the same reason that Metallica doesn't have a responsibility to country music fans when they make an album. You know, why should I answer to you? I'm doing exactly what I think is funny, and I have an audience for it. There are plenty of other comedians out there you can go enjoy. I don't feel like I should change for someone's random opinion. And the people who hate me for certain things, there are people who love me for those exact same things. So you just have to let that go and I don't feel I need to respond to anyone's question about it.

What is the relationship of Anthony Jeselnik?

Anthony seems to be single as of now.

Previously, he was in a romantic relationship with Amy Schumer from 2009 to 2012. Amy is also a popular actress and a stand-up comedian.

Who is Anthony Jeselnik?

Anthony Jeselnik is a popular American comedian, and actor. Furthermore, he is also an actor, and producer. He is popular for his shows like Comedy Central, The Jeselnik Offensive, and others.

Anthony was born on December 22, 1978, in Pittsburgh, Pennsylvania, U.S. He is of a Slavic ethnolinguistic group.

His mother’s name is Stephanie Jeselnik and his likely father’s name is Anthony F. Jeselnik. He is a single child of his parents and doesn’t have any siblings. Jeselnik has been interested in comedy from a young age.

Jeselnik graduated from Upper St. Clair High School in 1997. Likely, in 2001, he has his bachelor’s degree in English literature and a business minor from Tulane University.

Furthermore, he was a member of the Alpha Tau Omega fraternity while at Tulane University.

Completing his education, Anthony moved to Los Angeles before settling in New York and becoming a regular on the Greenwich Village comedy scene. No sooner, he was named one of Variety’s 10 Comics to Watch in 2008 and one of Comedy Central’s Hot Comics in 2009.

A year later he releases his debut album, Shakespeare, through Comedy Central Records. In 2011, he started to prepare regular appearances on the Comedy Central Roast series, roasting Donald Trump and Charlie Sheen, and others. It earned him popularity and was also liked by the audience. In 2013, Comedy Central aired his television special Caligula his first hour-long special, to critical acclaim. Likely his other comedy Thought and Prayers was released by Netflix in 2015.

Talking about his television work, Anthony hosted season nine of NBC’s Last Comic Standing with judges Norm Macdonald, Roseanne Barr, and Keenen Ivory Wayans. He has also starred in The Jeselnik Offensive which he has written himself. Furthermore, he has written for and appeared on various roasts for Comedy Central. He wrote for Late Night With Jimmy Fallon.

Likewise, Anthony has performed in Conan, The Tonight Show, Jimmy Kimmel Live, and many others. As of now, he works on the Comedy Central podcast The Jeselnik and Rosenthal Vanity Project.

The comedian also received an Emmy Nomination for his work on A Night of too Many Stars: An Overbooked Concert For Autism Education. His latest comic work was Netflix’s special Fire In The Maternity Ward.

Talking about his earning, he receives a salary from $50 thousand to $20 million for a single one-hour special show episode on Netflix.  Similarly, he also earns from his show ticket sales, tours, and other merchandise sales. The ticket price for his show ranges from $35 per seat.

Anthony hasn’t faced any rumors yet. Similarly, he doesn’t get involved in any sort of controversies in the media.

Jeselnik stands tall at a height of 6 feet and 2 inches (1.88 m). Likely, she weighs 70 kg. He has beautiful blue eyes with light brown hair.

You may also read the bio of Angela Trimbur, Jena Friedman, Paul Rodriguez, and Ego Nwodim.