Anthony L. Fernandez is well known for his performance as Calvin in the recent 2022 Netflix movie 'Home Team'.

Who is Anthony L. Fernandez Wife?

He is married to Stephanie Wright Fernandez. She is a trainer and instructor.

The couple has three children. One of their daughter’s names is Alexandria. Likely their eldest child, Andrew Wright plays football. 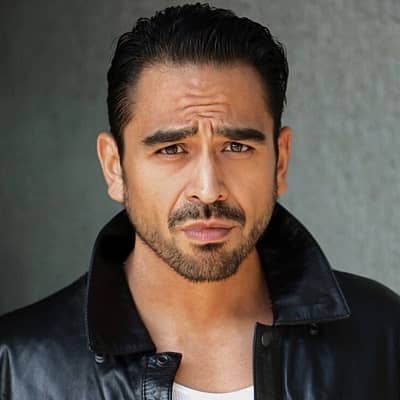 Who is Anthony L. Fernandez?

The actor has appeared in various popular movies like The Wedding Ringer, ‘The Evil Gene’, ‘The Boatman’, and others.

Anthony was born in 1978. His birthplace is Othello, Washington, United States.

He was raised by his mother Lisa M. DeCoria. He has two elder brothers.  Their family constantly moves around the country during his childhood.

He holds an American nationality and is of the same ethnicity.

He studied at Eric Morris Method Acting and has his acting classes.

The actor came into popularity after he perform in various independent films, such as, ‘Thou Shalt Not Kill, & the BET Original film ‘Crossed the Line’ in 2013.

Likely his career breakthrough was performing as Angel in the hit feature film, ‘The Wedding Ringer’. Talking about the other action, suspense, & thriller films he has worked on, they are ‘The Evil Gene’, ‘The Boatman’, and others.

He has also appeared in various television series. He is popular for portraying Carlos Diego on Hawaii Five-0 & Texas in John Singleton’s ‘Rebel’ on BET. And then he appeared in Superstore, Snowfall, Scorpion, Days of Our Lives, Kings of Con, and more.

Just from 2020 to 2021, Anthony appear in feature films like Sancho Claus & the Marianna Palka thriller. And then he has guest-starred in Deputy, Coyote, Animal Kingdom, Bosch, and many more.

He has another breakout performance as Calvin in ‘Home Team’ on Netflix in 2022.

The actor has been part of various popular movies that were commercially very good. And so Anthony must have received a good salary from it.

Likewise, talking about his net worth is still under review. It is believed that Anthony L. Fernandez has a $1 million value of total assets earned from his career up to now.

Anthony has been a part of the limelight and appeared in various professional news. He hasn’t appeared in any kind of scandal or controversial news in the media.

Anthony L. Fernandez is 5 feet and 11 inches tall. Likewise, talking about this appearance he is good-looking with his black hair and dark brown eyes.

You may also read the bio of Robbie Coltrane, Steven Strait, Hannah John-Kamen, and Cas Anvar.