Updated On December 1, 2022 | Published By: Gracie Hale
Share this
In Relation 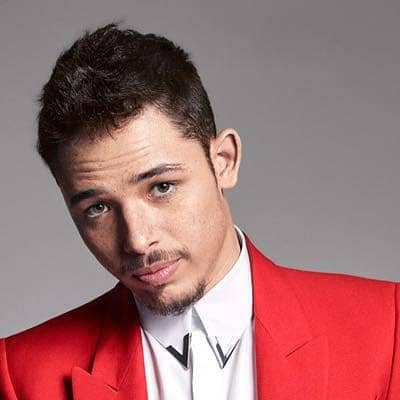 What is the relationship of Anthony Ramos?

The couple met for the first time during rehearsals for the Off-Broadway production of Hamilton. After three years of relationship, the couple gets engaged in December 2018.

However, there is rumored that the pair are having planning to set their marriage in 2021.

Who is Anthony Ramos?

Anthony Ramos is a well-known American actor, singer, and songwriter. He is best recognized for his dual roles of John Laurens and Philip Hamilton in the Broadway musical, ‘Hamilton: An American Musical.’

The identity of his parents is under the curtains. He has two siblings an older brother and a younger sister. His sister’s name is Stephanie Ramos but her brother’s identity is still under review.

Taking about his academic history, Ramos studied at the Halsey Junior High School. Then, he joined the New Utrecht High School and graduated in 2009.

While in high school, he used to play baseball and had a dream of making a career playing the NCAA Division III college baseball. But his career path certainly changed when he got accepted to the American Musical and Dramatic Academy.

Afterward, he enrolled at the American Musical and Dramatic Academy on a full scholarship from where he earned a degree in its musical theatre and graduated in 2011.

Before starting his acting career, he worked as a preschool teacher and a baker. In 2012, he starred in a production of ‘In the Heights.’ He has also performed in Heart and Lights at Radio City Music Hall in 2014.

While rehearsing for Heart and Lights, he auditioned for the off-Broadway production of Hamilton at The Public Theater. Favorably, he selected and cast in the character of Justin Laboy in Lin-Manuel Miranda’s short musical 21 Chump Street.

In early 2015, he made his career big break after portraying the dual roles of John Laurens and Alexander Hamilton as the eldest son of Philip Hamilton. Similarly, he has been cast in numerous production shows such as Grease, Damn Yankees, 21 Chump Street, and so on.

In 2015, Ramos made his television debut through the character of julio in the television series, ‘Younger‘. Afterward, he made an appearance in the film White Girl where he portrayed the role of Hilo in 2016.

Lately, he starred in the post-production, In the Heights where he portrayed the role of Usnavi de la Vega. Similarly, he made appearances in the film, Distant which is his upcoming fiction comedy-drama film.

– Nominated as Favorite Featured Actor in a Musical

– Nominated as Outstanding Performance by a Cast in a Motion Picture

– Nominated as Best Ensemble for his role in A Star Is Born.

Is Anthony Ramos involved in any rumors and controversies?

To date, Anthony has not been part of any sorts of rumors and disputes that create headlines in the media. Also, he stays miles away from any controversial act that could hamper his professional and personal life.

As of 2021, Anthony has an estimated net worth of $3 million through his successful career as an actor and siblings. According to the New York Times, Broadway actors received a union-mandated minimum of $1,900 per week.

So, he might earn around $116,300 per year through stage production. But, the exact figure of his salary, yearly income, and other assets are still under review.

What are the body measurements of Anthony Ramos?

The actor is tall in stature stands at the height of 5 feet 9 inches tall and his weight is about 70 kg. He has curly hair of black color. Similarly, he got attractive pair of eyes with Amber color.

He has also a verified Facebook page where more than 66k people followed his Facebook page. Ramos is also on Tiktok with nearly 265k followers and has a verified Tiktok account.

Besides, he has a self-tittle YouTube channel with over 23k subscribers. He is available on Spotify too.