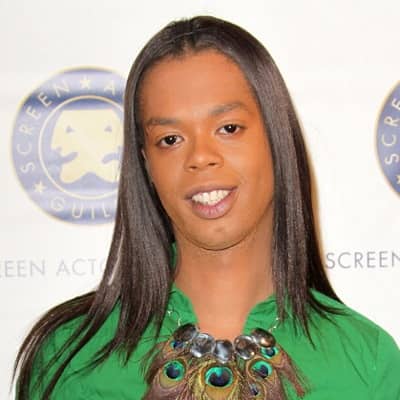 Antoine Dodson’s current relationship status is married. Other details regarding his marriage date and wedding place are also not available.

He also has a son named JaCobie Dodson born in May 2014 along with his wife. But his wife’s name is not disclosed up to now.

Who is Antoine Dodson?

Antoine Dodson is an American Internet celebrity. He is also a singer, songwriter, and actor. He came to popularity after his interview by Elizabeth Gentle went viral.

The interview came as a result of a home invasion and attempted rape of his sister in 2010.

Dodson’s interview was taken on July 28, 2010, by Elizabeth Gentle. Elizabeth is a reporter for NBC affiliate WAFF-48 News. He was introduced to the interview after an intruder attempted to rape his sister in her bedroom, in Huntsville’s Lincoln Park housing projects.

The interview went viral due to Antoine’s passionate and flamboyant style of delivery. In the interview, he directly approached his neighborhood’s residents as well as the attempted rapist.

The actor was born on June 27, 1986, in Chicago, Illinois, U.S. His full name is Kevin Antoine Dodson. He grew up in Chicago and later get shifted to Huntsville in the year 2004. His parent’s names are not revealed.

Likely, he is the older brother of six children. His younger sister’s name is Kelly Dodson.

Talking about his education, he got enrolled at Virginia College and pursued an associate degree in business administration.

He belongs to American nationality and is of Anglo-Saxon ethnicity.

The Gregory Brothers and Antoine Dodson together released the Bed Intruder Song in 2010. And the video became one of the most popular YouTube videos of 2010. The song receives great success reaching no.89 on Billboard’s Hot 100 list and was certified ‘Platinum’ by United States (RIAA). In September 2010, they reported that more than 250,000 copies were sold on iTunes.

Similarly, Dodson has his own website through which he seeks different donations. Likely he also collects money from sales of Bed Intruder and his merchandising. He has utilized the income and donations in assisting his family, buying a new home, and setting up a foundation for Type 1 Diabetes. His sister and mother both are affected by that disease.

Antoine was then featured in a segment on Lopez Tonight. After it, he gets featured in commercial advertising for the new Tosh.0 in Dec 2010. Likely, he filmed a pilot episode for a reality show, featuring Dodson and his family on January 21, 2011.

Similarly, Antoine made his first theatrical film appearance by playing the role of YouTube Guy role as Tyler Perry in the 2013 Christmas comedy film, A Madea Christmas. He has also worked as a hairstylist.

After the success of the Bed Intruder song, he started his own business venture of T-shirts and merchandise. It also features the original album art from the iTunes release sold through zazzle.com. Same time, he has some licensing disputes between the artist, the photographer, and his manager.

And later, he launched a storefront through districtlines.com. Since then he has authorized entrepreneur, Fam Mirza. Furthermore, he endorsed a Sex Offender Tracker smartphone application for the iPhone and Android platforms.

His song Bed Intruder received a commercial hit selling around 250,000 copies. Hence, he must have accumulated good money through its sales too.

In relation to the licensing of his merchandise, he has some disputes between the artist, the photographer, and his manager.

And later, he launched a storefront through districtlines.com and authorized entrepreneur Fam Mirza.

Antoine Dodson has a slimly built body standing with a height of 6 ft (183 cm) weighing 73 kg (161 lbs). Talking about his appearance, he has black-colored hair with dark brown eyes.

Furthermore, he has his own YouTube channel named “antoinedodson24” with over 95K subscribers. He joined youtube on Aug 4, 2010.

You may also read the bio of Cheyenna Clearbrook, James Ivory, Heidi D’Amelio, and Dave Malloy.