Antoine Fuqua is an American film director and film producer 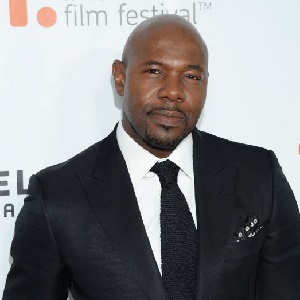 it reminds me of why I make movies.

Cause movies are human drama, that's it.

What is the relationship of Antoine Fuqua?

The film director and producer, Antoine Fuqua is currently married to the actress Lela Rochon and is living his life happily with her. Antoine and Lela got married on April 9, 1999, and have two children (Asia Rochon Fuqua, Brando Fuqua). It seems that Antoine and Lela are very happy together with three children to share their joys and sorrows. Out of three children, Zachary Fuqua is from Antoine’s another relationship. Talking about the past relationship of Antoine Fuqua, there is no any information about the previous love life of Fuqua in which he was actively involved. Therefore, Antoine Fuqua is currently a married man with Lela Rochon as his loving wife.

Who is Antoine Fuqua?

Antoine Fuqua is an American film director and film producer who is immensely eminent for his work as a director for the 2001 film ‘Training Day’ which was his ‘Academy Award Winning’ Film. It is believed that his films are based on politically driven elements and themes.

Antoine Fuqua was born to Carlos and Mary Fuqua in Pittsburgh, Pennsylvania, United States of America. He was born on January 19, 1966, and was raised in an environment supporting him to be a producer and a director as his uncle was a record producer and executive, Harvey Fuqua.

Earlier, he wanted to be an Electrical Engineer but, something very rare happened in his life. He tried to study Electrical Engineering and went on to be a music video director. This was a great U-Turn in his life. Talking about the educational background of Antoine Fuqua, there is no information about the educational institutions of Antoine Fuqua in which he was admitted.

During his days in college, Antoine worked on some music videos as a director with some reputed artists including Toni Braxton, Coolio, Stevie Wonder, and Prince. Before working on his breakthrough film ‘Training Days’, he directed some the films like ‘The Replacement Killers’ (1998), etc. In 2001, ‘Training Days’ won the ‘Academy Award’ which was followed by his directing in some the films like ‘Tears of the Sun’ (2003), ‘King Arthur’ (2004), ‘Brooklyn’s Finest’ (2010), ‘And the Magnificent Seven’ (2016). Similarly, in 2010, he was appointed as the director for the CBS Films ‘Consent to Kill’ and in 2011, ‘The Tang Dynasty. Recently, he directed ‘The Magnificent Seven’, a remake of the 1960 western of the same name and Akira Kurosawa’s Seven Samurai. With the help of his talents and appearances, he is of a net worth of $25 million as of 2022.

There is a rumor that Antoine Fuqua is about to get a divorce from Lela Rochon. It was believed that their relationship was going downwards but, they are still continuing their relationship and trying to make it the best they can. Thus, this rumor remains a rumor and has to be confirmed in the coming days.

He has black eyes and black hair though he is bald now. His height is 5 feet and 9.5 inches. His weight is not known.