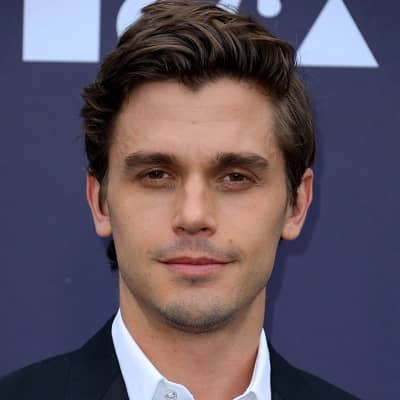 Antoni Porowski is currently dating a strategic planner Kevin Harrington. They started to see each other in Oct 2019.

Before, he was dating a director, Joey Krietemeyer from 2011. It was reported that Antoni was close to Joey’s mother and even cooked food for her occasionally. The couple also used to appear together at various events. After dating for 7 years, they got separated in 2018.

In 2018, he started dating an American actor, Trace Lehnhoff. They also appeared together in 3 seasons of Bravo’s Flipping Out. The couple made their relationship, official on Instagram. But the couple gets separated in the summer of 2019.

Porowski and his Queer Eye costar Jonathan Van Ness trolled the internet by setting up a joint Instagram account, pretending to be a couple. Later they confirmed that there was nothing serious to it.

However both decided to clear the air and in a post on Instagram, Jonathan wrote that they are a couple but as friends and someday, he might fall in love with Antonio, but that day is not today.

Who is Antoni Porowski?

Antoni Porowski is one of the renowned Canadian-Polish actors and models. Likely, he is also a chef and TV personality.

He is famous for appearing as the food and wine expert in the Netflix series Queer Eye. Likely, he is also for playing the role of The Lead Officer in the TV show The Blacklist.

The actor was born on March 14, 1984, in Montreal, Quebec, Canada. He grew up along with his two sisters with his Polish parents.

His father was a physician. He and his mother also share a good relationship, as he revealed in season four of Queer Eye. But their names are unknown yet.

Anton grew up speaking Polish, English, and French. The family emigrated to Glade Springs, West Virginia when he was twelve, and he lived between there.

He belongs to Canadian nationality and is of Polish ethnicity.

He has his high school education from Montreal and then attends Marianopolis College. Talking about his education, he attended Concordia University and graduated from there with a Bachelor’s degree in Psychology.

Then, he went to Neighborhood Playhouse School of the Theatre in New York City, where he graduated in 2011.

While auditioning for roles, he would often have to face rejection, presumably due to his Polish ancestry.

He worked as a personal chef of Ted Allen, an American author, TV personality, and food and wine connoisseur. Allen had lent his expertise to the original TV series ‘Queer Eye.’

In 2018, Antoni, along with his partners, re-designed the neighborhood diner ‘The Village Den’ and reopened it as a fast-casual restaurant serving nutritious food that was free of red meat, gluten, and soy.

In the year 2019, Porowski signed a deal with Houghton Mifflin Harcourt and publish his first cookbook, Antoni in the Kitchen.

Antoni started his acting career playing a role in the 2012 Elliot Loves. Then he starred as the lead officer in a 2014 episode of the TV series The Blacklist. In 2015, Porowski was also featured in the short docudrama about the Vinnytsia massacre, ‘To My Father’, as Adam Bandrowski.

Later, in 2016, he casts in Daddy’s Boy. Likely, he appears in The Pretenders in 2018. Further, Antoni hosted the show, Food Network cooking competition Chopped.

Porowski lives in the same neighborhood as Ted Allen, the original Queer Eye food and wine expert. Living there, they became friends, and for a time Porowski also worked for Allen as a personal chef.

He also played the role of food and wine expert in the Netflix revival of Queer Eye, which aired in February 2018.

After that, he appeared in two movies as Antoni in The Pretenders and as Jacob in Horror Time. The actor appeared in the first episode of the fifth season of Lip Sync Battle was seen as a guest in season 3 of the animated sitcom Big Mouth.

Along with his co-actors of ‘Queer Eye,‘ Antoni received the ‘Emmy Award’ for the “Outstanding Structured Reality Program” on September 10, 2018. Furthermore, he was nominated for the ‘People’s Choice Award’ for “The Reality TV Star of 2018” for his performance in ‘Queer Eye.’

As per now, the actor is working for a Netflix movie titled Girls and Boys. The movie is based on his real-life, especially his sexuality and dating experiences.

Porowski was featured in Taylor Swift’s music video, “You Need to Calm Down”, released on June 17, 2019.  He was also featured in the music video of the song ‘This Is Me (The Reimagined Remix)’ performed by artists Keala Settle, Kesha, and Missy Elliott

Antoni has his name listed on Sexiest Reality Star, on People’s Magazine annual list, in 2019. Porowski also won the ‘Eater’s 2018 #Brand of the Year’ title.

He won the ‘Eater’s 2018 #Brand of the Year’ title. And along with his cast, famously called “Fab Five,” he was featured by ‘Entertainment Weekly’ on the ‘Entertainers of the Year’ list in 2018.

Moreover, Antoni also appeared on the cover page of the various magazines and on the front page of ‘Gay Times,’ ‘Attitude,’ and ‘Out.’

Being one of the successful personality, his net worth is $2 million.

Each member of the two seasons of Queer Eye earns $7,500 per episode. Hence, he also must have a good earning from his career being a part of it.

Further, he also earns from his endorsements with the brandlike Vita Coco, David Yurman, and Strongbow.

Antoni is the one who attracts the most controversy. Queer Eye co-star Jonathan Van Ness and he had a joint Instagram account, pretending to be a couple.

Later they confirmed that there was nothing serious to it. They also received various trolls on it. Karamo Brown and Antoni don’t talk with each other and also have an extreme conflict in season one of Queer Eye Set.

The actor has naturally dark brown colored hair but he prefers to dye his hair in blonde color and has hazel colored eyes.

Also, get to know about other popular actors like Sean Harris, Alden Ehrenreich, Anthony Ilott, and Rollo Skinner.