(Filmmaker, artist, actor, 'You're Killing Me')

Is Antoni Stutz Single or Dating?

As per the source, Antoni Stutz is single. There is no info revealing about his past as well present relationships. He has maintained his love life very privately. 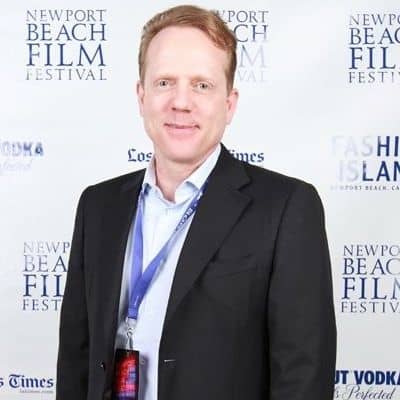 Who is Antoni Stutz?

Antoni Stutz is a popular Swiss/German filmmaker and artist. Antoni Stutz is best known for the neo-noir thriller, ‘Rushlights’ in 2013, ‘You’re Killing Me’ in 2003, and ‘Expired’ in 2007.

Antoni Stutz was born to his swiss parents in Germany. His nationality is German and he maintains a European ethnicity. There is no info revealing his date of birth, parents, and siblings.

Moreover, he is a graduate of one of the colleges in Germany with a major in Fine Arts. In addition, after moving to the United States he joined the Lee Strasberg Theatre Institute, under the leadership of Anna Strasberg. In the same year, he joined film studies at UCLA.

Antoni Stutz did his directorial debut through the comedy/thriller, ‘You’re Killing Me’ in 2003′ which starred Julie Bowen.

She also executively produced the Feature movie, ‘Expired’ in 2007 alongside Fred Roos and Jeffrey Coulter while Cecilia Miniuchhi is the director.

Stutz is an architect and executive producer of HPP from 1974-to 200, which has been one of the largest and most famous architectural firms in Germany.

He is also an actor who has active roles in ‘Tour of Duty’ and ‘Michael Mann’s Crime Story.’ He debuted his acting career in the John Frankenheimer’s American action thriller movie, ‘Dead Bang’ alongside Don Johnson, William Forsythe, and Penelope Ann Miller.

He is a freelancing director who has worked on commercials and music videos like MTV’s iconic, ‘ROCK THE VOTE’ campaign. Besides that, Antoni Stutz is an artist who has done painting exhibitions both nationally as well as internationally in museums and galleries.

In 2005, his first solo art show was conducted at Bergamot Station after which another exhibition was done in 2006 at the Riverside Art Museum. The work of Stutz was displayed at the Irvine Fine Arts Center in 2014 and at the BerliArtProjects Gallery in Berlin, Germany.

In 2018, his work, ‘Sculptural Pop-Cubism’ was displayed at the Palace of Fine Arts in San Francisco, during the ‘If So, What’ international art fair. Likewise, he displayed his large multi-textural artwork installation at DENK Gallery based in Los Angeles in the UltraChrome Plus exhibit from July 20-September 7, 2019.

The net worth of Antoni Stutz is estimated to be around 5 million USD as of 2022 while his salary and income are not disclosed yet.

Antoni Stutz has not been involved in any rumors and controversies. He has maintained a good balance between his professional as well personal life.

There is no info about the body measurements of Antoni Stutz including his height and weight.

Moreover, he has a couple of black eyes and blonde hair.