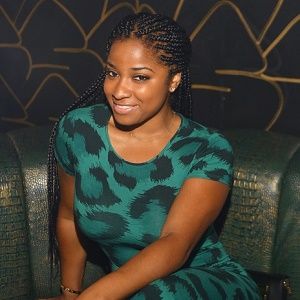 Antonia Wright and Lil Wayne first met at the age of 12 when Wright was at a corner store. Wright gave birth to a daughter named Reginae Carter at the age of 14. Later both got married on February 14, 2004, but sadly they have to split up after two years.

Although they got divorced but maintained a good relationship to grow up their daughter. After that, she was in a relationship with James Hardy an American footballer for a year.

Later on June 18, 2011, she married Mickey Wright in an intimate ceremony in the suburbs of Atlanta. They both shared very romantic moments until they got separated in February 2015.

Antonia in 2018 gave birth to her second child named Reign Ryan Rushing. The father of this child is said to be a sports agent called Robert Rushing or Red.

Who is Antonia Wright?

In New Orleans, she has a boutique called G.R.A.B. and GARB Shoetique in Smyrna. Later Wright started her own reality show called Toya: A Family Affair.

Antonia Wright was born as Toya Carter on October 26, 1983, in New Orleans, Louisiana, USA. She was grown in an Afro-American family so her ethnicity is African-American. Her nationality is American.

She is the second child of Anita Johnson-Andrews and Walter Andrews. Her mother was a drug addict. She has four siblings named Josh Johnson, Casey Johnson, Rudy Johnson and the last one is Walter Johnson Jr.

As per her educational background, nothing can be found from any source.

Antonia Wright appeared as a lead role in the series Tiny and Toya. She starred in the series alongside Tameka Cottle. The series was broadcasted in BET in 2009, it broke all the ratings and became a highly rated series in the history of BET. She also appeared on her own reality series Toya: A Family Affair.

Her book Priceless Inspiration describes all the struggles she faced in her life. She opened her own boutique, GARB Shoetique in Smyrna, GA, and another boutique ‘G.A.R.B’ in Louisiana.

Wright’s total net worth is $4 million. Her major income source is her reality series ‘Tiny and Toya’.

There was a rumor that Wright’s brother, Rudy Johnson alleged her 16-year old daughter, Regina Carter was smoking marijuana and taunting Wright about bad parenting for which she slammed him on Twitter.

It is also been rumored that Antonia is pregnant with her second child; the father’s name has not been revealed. It is said that he is a sports agent.

Antonia Wright has a height of 5 feet 2 inches and a weight of 58 kgs. She has black hair and eyes. Her bust is 35 and butt size is 34 inches. her waist size is not known.