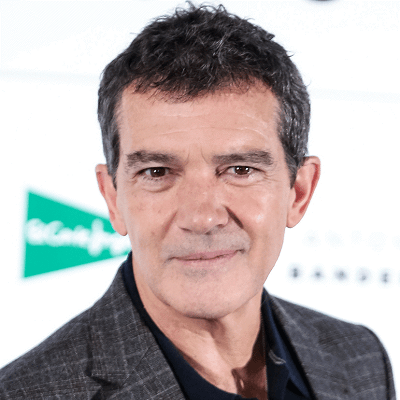 It was an honor and privilege to arrive to this country 16 years ago with almost no money in my pocket. A lot has happened since then

I love the diversity of America. I love the plain, normal sense of humor Americans have. It is not wicked, like in some countries. And I also love how new America is

We are now integrated into American society and I don't like the word fashionable, because fashionable means that it's going to pass. It's not like that anymore

Banderas first married Ana Leza in 1987 but split in 1996. While still married to Ana, Banderas had an affair with his co-start Melanie Griith which ended their marriage. After divorce, Antonio married Melanie in the same year. They share a daughter together, Stella Del Carmen Banderas, born on 24th September of 1996. After nearly 20 years of marriage, Melanie and Antonio decided to split in 2014. Banderas is currently dating a 19-year-old junior Dutch banker, Nicole Kimpel.

Who is Antonio Banderas?

José Antonio Domínguez Bandera aka Antonio Banderas is a Spanish actor, producer, and singer. He is one of the most famous Spanish actors in Hollywood. He started his acting career with a series of films by director Pedro Almodóvar. Then appeared in high-profile Hollywood films like Assassins, Interview with the Vampire, Philadelphia, The Mask of Zorro, and Spy Kids.

Antonio was born in the Andalusian city of Málaga on the 10th of August, 1960. He was born to Father José Domínguez Prieto who was a police officer, and mother Ana Bandera Gallego, a school teacher.  He has a brother, Francisco Javier. Antonio was brought up ina very strict Roman Catholic household. For Antonio, being a successful footballer was his ultimate goal in life.

However, after an unlucky accident, he injured his leg which made him give up his dream. Fortunately though, for Antonio, life still had plans for him. He found acting. Antonio apparently fell in love with acting after seeing the stage production of “Hair”.

His initial dream was to become a professional football player however an injury sidelined his dream. Antonio later developed a great interest in performing arts. He graduated from Superior School of Dramatic Art of Málaga.

Antonio also received an honorary doctorate from Dickinson College in Carlisle, Pennsylvania in May of 2000. He again went onto receive yet another Honorary Doctorate this time from the University of Malaga in Malaga Spain in May of 2010.

Banderas landed his first role in the 1982s Labyrinth of Passion directed by Pedro Almodóvar. After five years he played in the director’s movie Law of Desire. He would go on to work with Pedro in his 1986 movie “Matador”, 1988 internationally acclaimed film “Women on the Verge of a Nervous Breakdown”, and  “Tie Me Up! Tie Me Down!” in 1988. Banderas broke into Hollywood in 1991. Despite minimal English speaking skills, Banderas gave a critically praised performance in his first American film, The Mambo Kings (1992).

His 1993 film, “Philadelphia” was a major hit. Banderas landed a role in Neil Jordan’s “Interview with the Vampire”, sharing the screen with Brad Pitt. In 1995, he appeared in many Hollywood projects like  Desperado and  Assassins. He starred alongside Madonna in Evita (1996). His role as Zorro in the 1998 film The Mask of Zorro was a major success. He also starred in Michael Cristofer’s “Original Sin” alongside Angelina Jolie. He returned to the music genre in 2003 with Maury Yeston’s musical “Nine”. Banderas lent his voice as Puss in Boots in the Shrek franchise. In 2011, Banderas returned to Pedro Almodóvar with the horror-thriller “The Skin I Live In”. He starred in the Spanish film “Dolor y Gloria”, again directed by Pedro Almodóvar in 2018.

Banderas has a successful career behind and is still active. His net worth is $45 Million. He also owns real-estate in LA, a house in his home country Spain and property in Surrey, England. Banderas also owns his own perfume/cologne line for men called “Blue Seductive Woman”

Banderas was rumored to have an affair with Angelina Jolie in 2002. Antonio’s ex-wife, Melanie Griffith, filed for divorce in June 2014. Shortly after their divorce, Antonio was rumored to be dating Sharon Stone.

In November of 2018, Westworld season 3 was rumored to have been looking to cast Antonio as the villain.

Also, get to know about the Birth facts, Age, Rumors, Weight, Net worth of different personalities like Sharon Stone, Melanie Griffith, Tom Cruise