Posted by MarriedBiography Posted on February 5, 2020 | In controversy , Relationship
Share this

Antonio Brown, the American footballer publicly apologized to his former girlfriend Chelsie Kyriss. The athlete makes the public apology to his baby mama after the unpleasant separation. He also admitted he hurt her when the player was going through roller coaster on his life.

The American footballer accepts he has hurt his baby mama when he was going through the rough part of his life. The couple who shares three children parted their ways which were the heartbreaking moment.

Brown went to his social media to make a public apology to Chelsie. He posted the apology on his Instagram account on Sunday, February 2. He shared of him with Chelsie and his children writing:

“First and foremost, I will love to Thanks the most high “God” for allowing the “God” thats in me to really look deep into myself, Mainly because greater the spirit thats in us,than the spirit thats Of the world. And me being a “God” fearing man first.”

He apologized to his baby mama and also accepted the emotional phase of his life. In addition, he also wrote:

Truly understand That I owe my wonderful Kids and the mother @chelsie of my wonderful kids, The world Biggest Apology, for my Public out breaks through social media, and for the hurt that I may have took them through while on my Emotional roller Coaster that we all are faced with in Life.”

In footballer regrets his bad times with ex and bad behavior in recent months. He once said in his interview that he wished he would have handled things differently when he was in a bad phase. The player has also realized his way of showing the emotion has affected many people.

The former couple partied together

Chelsie posted a video of her inside Liv Nightclub at The Fontainebleau in Miami. The same video shows Brown dancing in the club VIP section.

She shared the video on her Instagram with the caption including the laughing emoji which says:

The two went through the rough phase with lots of fights and arguments. There was police involvement before they parted their ways, not in a good way. However, it seems they are trying to work things out after the public apology of Brown.

You may also read- Princess Shyngle reconciles with her ex-fiance Frederic Badji and does a re-engagement!

Antonio Brown is an American football player wide receiver for the New England Patriots of the National Football League(NFL). Brown became the first NFL player in history to compile over 1,000 returning and receiving yards in a single season in 2011. Antonio got traded to the Oakland Raiders in 2019. See more bio…

Source: Up news Info, The Blast, NY Post, They BF 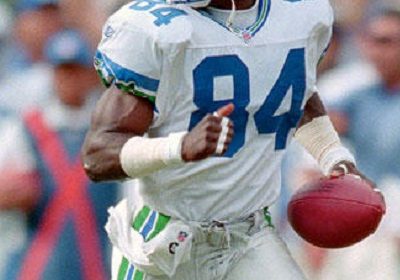