Homicide: Life on the Street producer Anya Epstein is married and a mother of two. 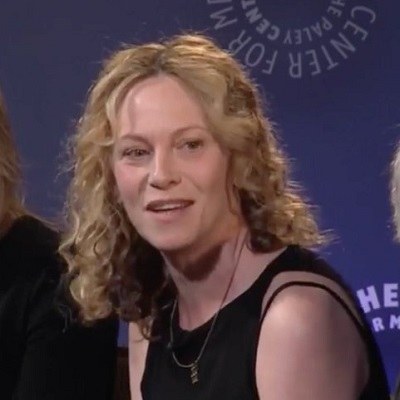 What is the relationship of Anya Epstein?

Anya Epstein is married to Dan Futterman. Her husband is an actor and screenwriter by profession. They exchanged vows on the 23rd of September 2000.

Later, in 2001, they welcomed their first daughter, Sylvie. After that, in 2005, they were again blessed with another child and named her Eve. In 2019, Sylvie graduated from the Bard High School Early College.

Also, Anya love to be involved in charitable events. Through Facebook, she often raises funds for the children who require help.

Who is Anya Epstein?

Anya Epstein is a screenwriter and producer. She is renowned as the producer of Homicide: Life on the Street and Gracepoint.

Anya Epstein was born on the 10th of July 1970 in New York City, New York to Leslie Epstein (father). She is of Jewish-Germanic ethnicity.

She came from a family of writers. Her grandfather, Philip G. Epstein was a screenwriter. He received Academy Awards for scriptwriting the movie, Casablanca.

Her father, Leslie Epstein is a novelist. Currently, he is a professor of English at Boston University. Also, he happens to be the director of the creative writing of the university. She has shared a picture of her mother on Mother’s day.

Anya has two brothers; Paul and Theo Nathaniel Epstein. Paul is a high school counselor whereas Theo is a Major League Baseball executive.

Talking about her educational background, she completed her Brookline High School. Later, she joined the Yale University.

In 2000, she expanded her career as an individual screenwriter and producer with the series, The Beat. Moving forward, in 2005, she got associated with the series, Commander in Chief as a supervising producer. Also, she wrote the script of the series for an episode.

In 2010, she became the executive producer for the series, In Treatment. For the drama, she also contributed the storyline too. Before that, she produced the series, Tell Me You Love Me.

Her latest miniseries, I Know This Much Is True was based on the novel of Wally Lamb.

As of 2022, she has an estimated net worth of $500 Thousand. As a scriptwriter, she makes in the range of $25k to $104k. Besides that, her production works are the major source of her income.

Talking about net worth, her husband, Dan has an estimated net worth of $1 million.

As of now, she has managed her divinity as a scriptwriter and producer. To date, she has not been through any sort of controversy and rumors that created a buzz in the media.

Apart from that, she has also remained far from any type of rumors too.

She has brown eyes with brunette hair. She has a decent height and an average weight. Details on her body stats are not available.

Kenya Barris
Tags : American Scriptwriter I Know This Much Is True Producer